CLINTON COUNTY, Ky. (LEX 18) — A man is being held in Clinton County jail after being accused of violently attacking his 3-year-old niece and slitting the child’s throat.

Authorities say Emanuel Fluter slit his niece’s throat on Saturday at a home on Beatty Creek Road in Albany.

The girl is one of nine children in the family. Neighbors described the victim’s family as loving and said they were in shock over the attack.

“They’re such a beautiful family,” said neighbor Carol Brown. “The kids, mom and the dad, they are very friendly. The kids are out in the yard playing a lot. It was just extremely heartbreaking. I just can’t imagine someone being able to do that.”

According to Fluter’s arrest citation, the victim’s father heard her screaming over a baby monitor and confronted Fluter as he attacked the child. Four other children also were in the room when the attack took place. 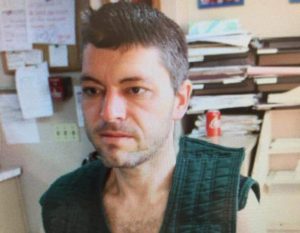 The girl’s father also sustained a minor injury to his hand from Fluter’s knife, authorities said.

Guffey told LEX 18 that the girl was flown from a medical center in Albany to the University of Kentucky Medical Center in Lexington.

Fluter was charged with first-degree assault and first-degree wanton endangerment. Guffey said he was being held on $500,000 bail. More charges in the case are possible.

Jail officials tell LEX 18 there is no mugshot available for Fluter at this time because he has been acting too violently for a picture to be taken.