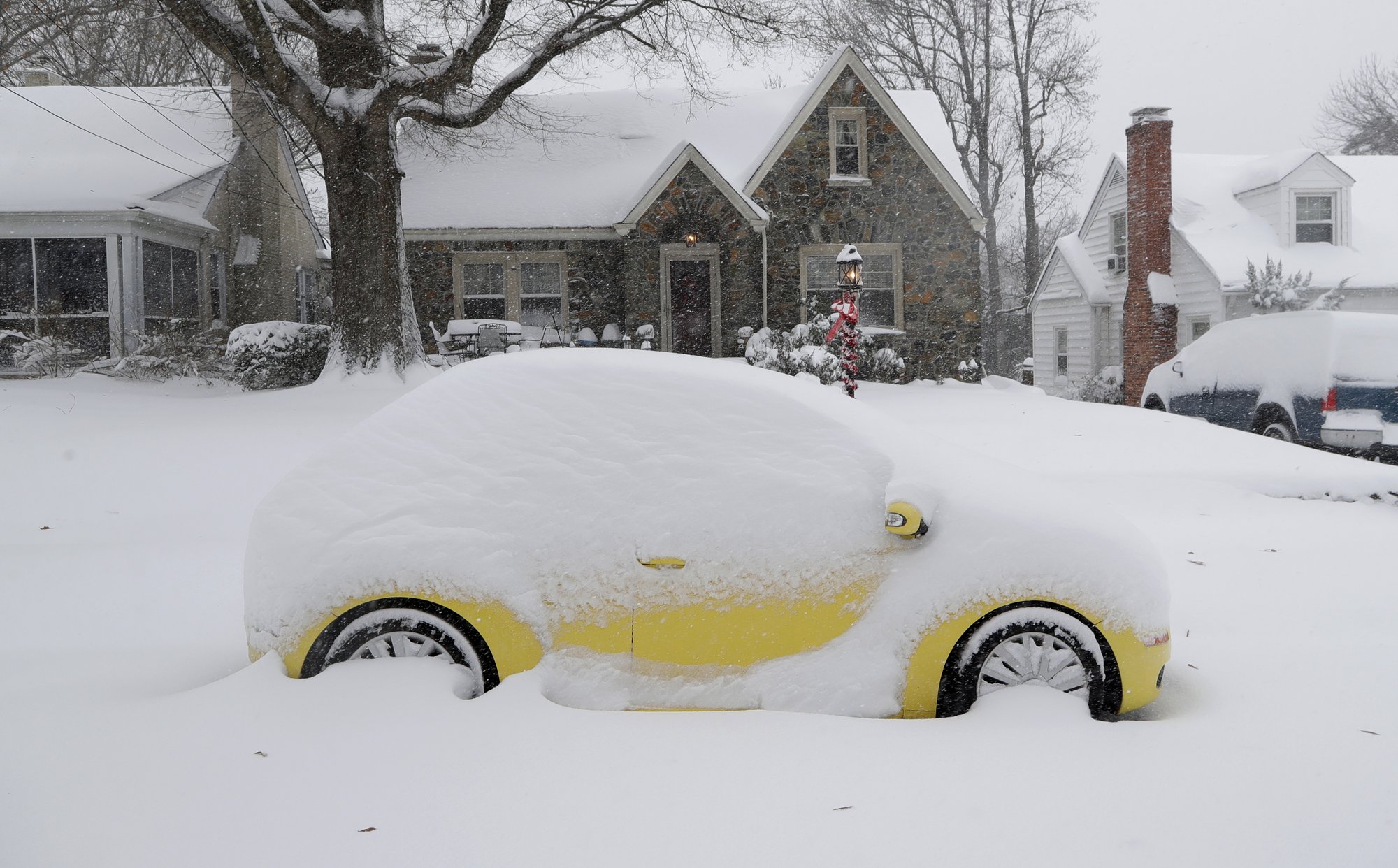 freezing rain across a wide swath of the South on Sunday – causing dangerously icy roads, immobilizing snowfalls and power losses to hundreds of thousands of people.

Accidents on snow-covered interstates caused major delays, hundreds of flights were canceled and drivers in North Carolina and Virginia got stuck in snow or lost control on icy patches. Meanwhile, kids and the young at heart took advantage of the early winter snow with snowball fights, sledding and snowmen.

Police in North Carolina and Virginia said they’d responded to hundreds of snow-related traffic accidents as of Sunday afternoon.

North Carolina Gov. Roy Cooper strongly urged residents to stay off the roads Sunday, asking drivers not to put lives of first responders needlessly at risk. Cooper said emergency crews, including the National Guard, worked overnight to clear traffic accidents on major roadways. One tractor trailer ran off a road and into a river, Cooper said.

“Stay put if you can,” Cooper said. “Wrap a few presents, decorate the tree, watch some football.” 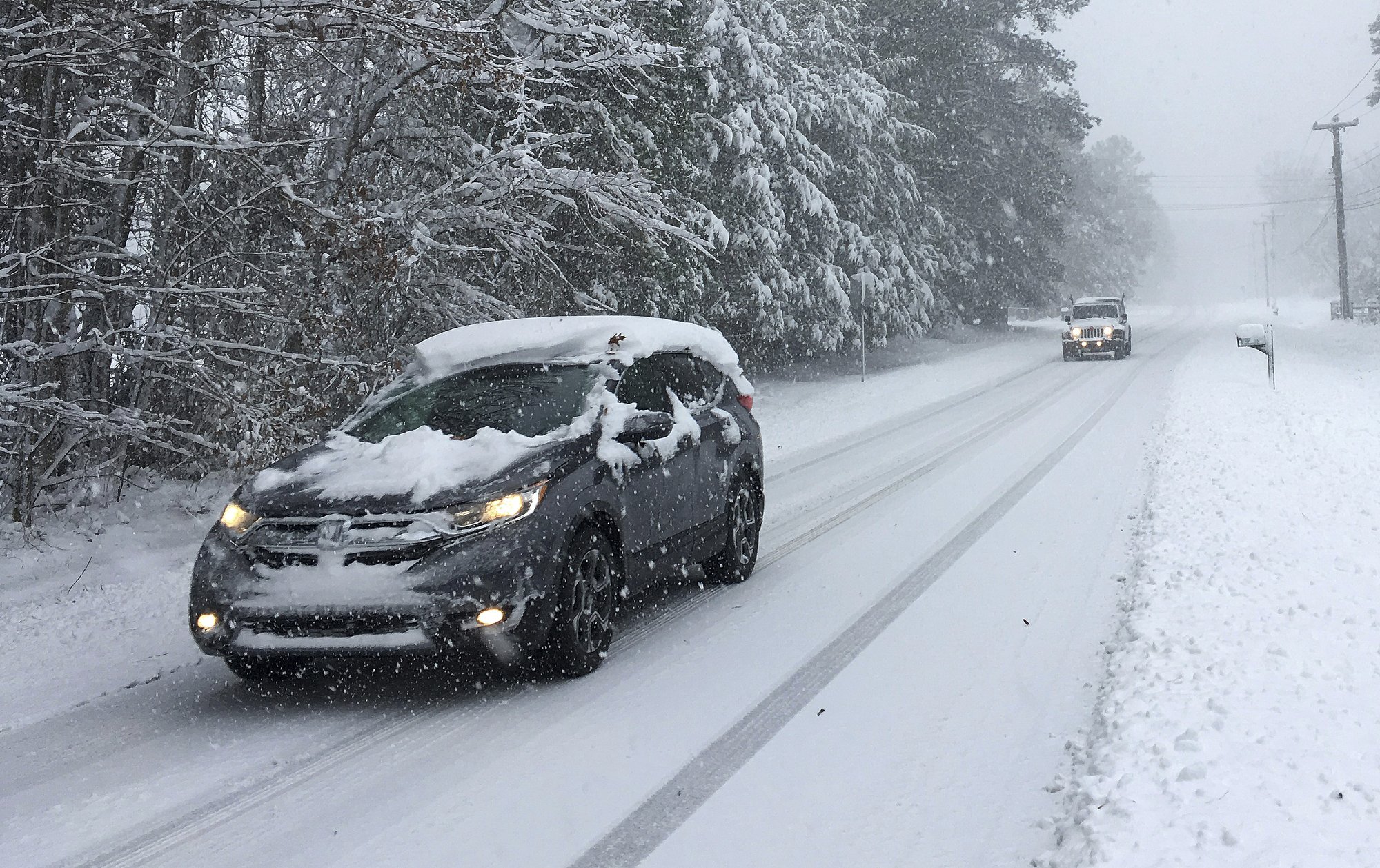 The National Weather Service said a “prolonged period of snow” began late Saturday and would last until Monday in the region, with the heaviest snow expected in northwest North Carolina and southern Virginia. Some areas of North Carolina and Virginia saw more than a foot (30 centimeters) of snow by Sunday afternoon.
More than 300,000 power outages were reported across the region with the majority of those – about 240,000 – in North Carolina, according to poweroutage.us. Parts of Alabama, Georgia, South Carolina, Tennessee and Virginia also saw outages.

American Airlines also issued a travel alert for nine airports throughout the Carolinas, Tennessee, and Virginia, meaning passengers may be able to change travel plans without a fee.

Travelers were advised to check their flight status before heading to the airport. Cancellations were reported on flights from as far as the Midwest.