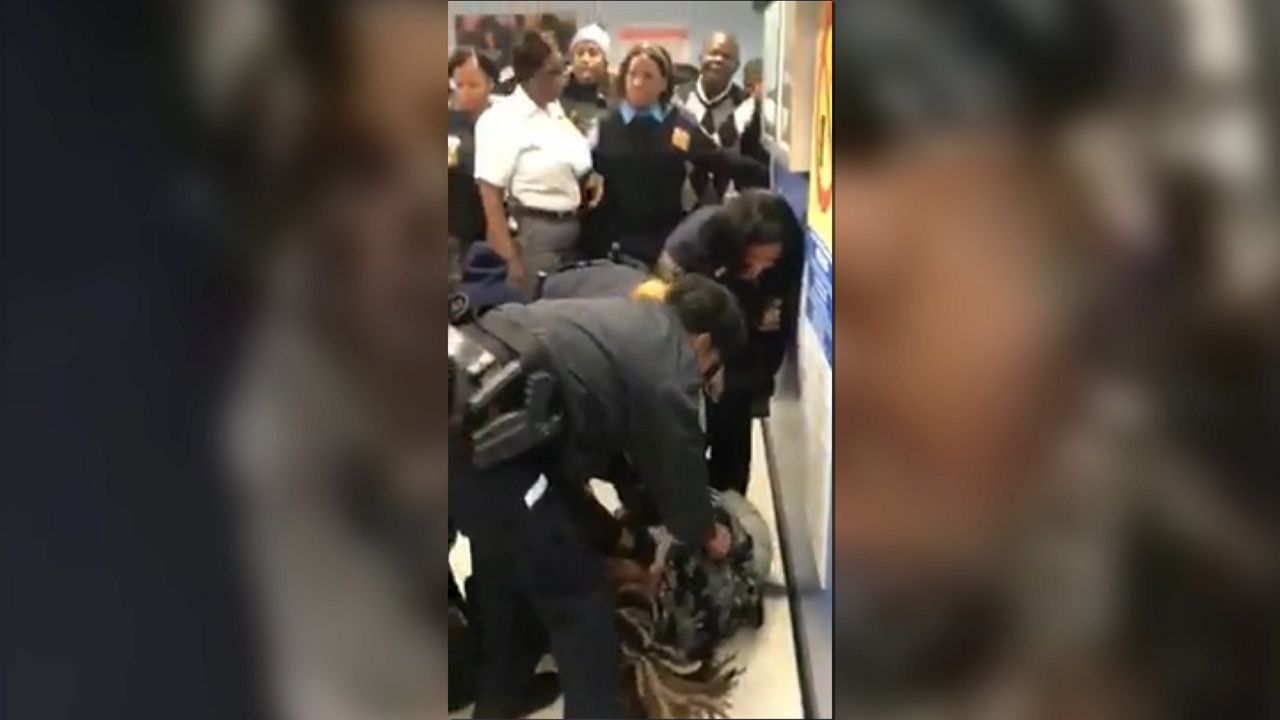 NEW YORK (AP) – A mother who had her toddler yanked from her arms by New York police in a widely seen video said in an interview published on Sunday that she went into “defense mode.”

“In my head, I told myself they’re not going to let me leave,” Jazmine Headley told The New York Times. “I was so afraid. I was combative with my thoughts.”

The video captured the chaotic scene that unfolded Dec. 7 as officers tried to remove Headley from a crowded Brooklyn social services office, where she had sat on the floor for two hours because of a lack of chairs.

Police were called when she refused a security guard’s order to leave. Headley told the Times she was sitting on the floor with her back against the wall and talking to her son, who was in a stroller. She said she refused, pointing out trash and recycling bins against the wall on the other side of her son’s stroller.

“I just remember being talked to very viciously,” she said. “It was more or less: ‘You’re going to do what I say, and that’s it.'”

Headley said her memory of the incident is blurry. She said she picked up her son and tried to leave after one of the officers said they didn’t want to arrest her. Police said one of the guards then grabbed the 23-year-old mother’s arm and they fell to the ground.

Headley said she again tried to go but a police officer told her it was too late.

“I should’ve left, and I didn’t because if I would’ve left, my son would not have the things that he needs,” Headley said.

The two security guards have been placed on modified duty. The guard’s union president, Gregory Floyd, said they tried to reason with Headley for 40 minutes before police arrived. He said one of the guards was bitten during the tussle.