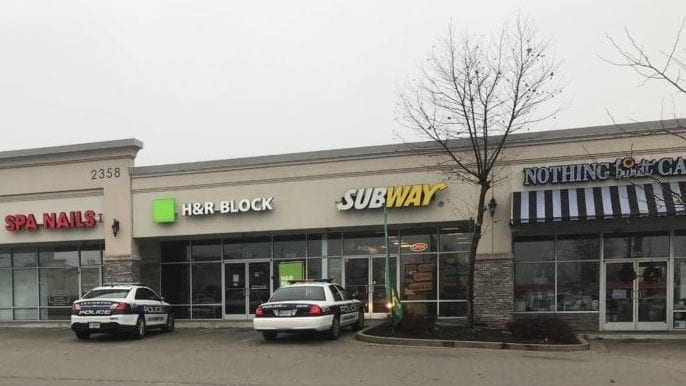 LEXINGTON, Ky. (LEX 18) — Police were seeking a suspect Sunday morning after an armed man robbed a Subway restaurant on Lexington’s south side.

Authorities say they received a call around 10 a.m. that a man in a ski mask robbed the Subway restaurant at 2358 Nicholasville Road.

Police said the suspect is a black man standing about 6 feet tall.

Authorities said he got away with an undisclosed amount of cash and fled.

It was not clear if he got away in a vehicle or on foot.

Police said no one was injured in the robbery. Officials are reviewing surveillance video from the store.