Lexington’s record high Friday is 67° set back in 1984. Forecast highs will surge into the low 60s. Not quite there but close enough we’re talking about it. Watch for scattered, gusty showers that will finally fade late in the day. A flash flood watch remains in effect for southeastern counties through early Friday afternoon. The rest of the weekend will be chillier (but still above average) and dry with highs in the 40s.

We’re tracking one last round of rain to close out the year with a brief, early January cold shot brewing toward the middle of next week. 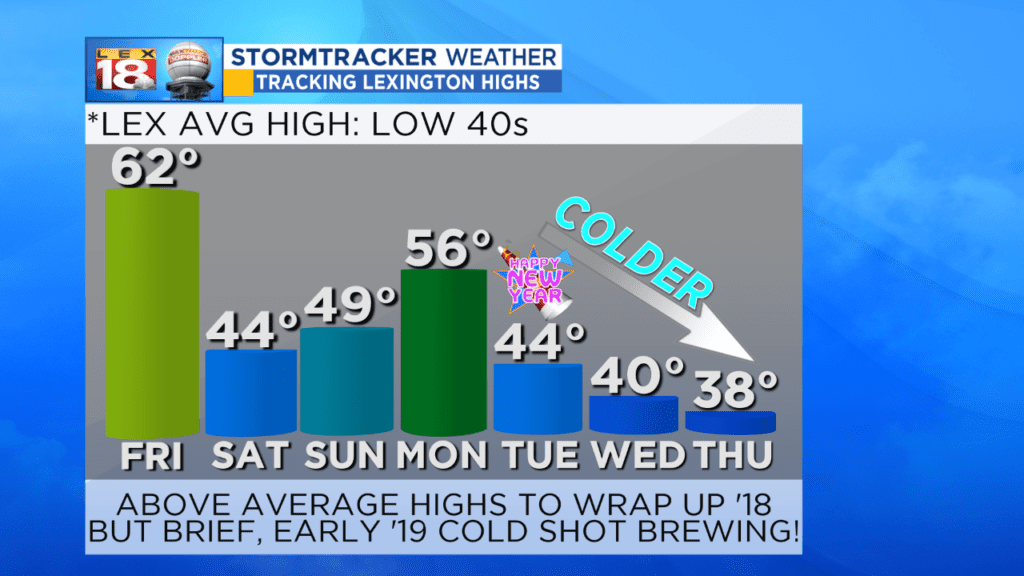