“I hear the GOP thinks women dancing are scandalous. Wait till they find out Congresswomen dance too! Have a great weekend everyone,” she tweeted, with a video of her dancing outside her new office on Capitol Hill. 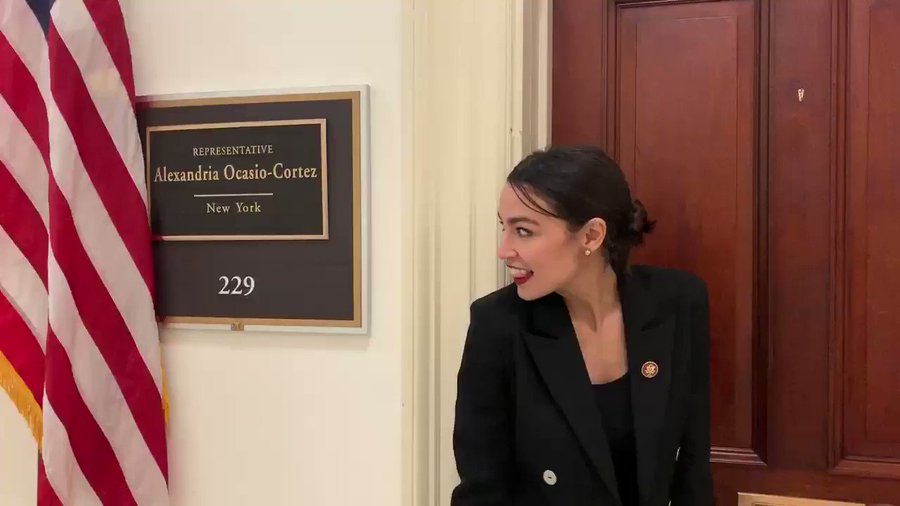 I hear the GOP thinks women dancing are scandalous.

Wait till they find out Congresswomen dance too!

Have a great weekend everyone 🙂

The video that sparked her response was widely shared on Twitter on Wednesday and appeared to show a younger Ocasio-Cortez gleefully dancing on the roof of a building. A day later, she was sworn in as the youngest woman in Congress.

“Here is America’s favorite commie know-it-all acting like the clueless nitwit she is,” read the tweet from AnonymousQ1776, who described it as a video from her high school days.

But the 30-second edited clip is part of a 4-minute, 20-second video posted on YouTube eight years ago. And it was filmed at Boston University as part of a popular trend at the time.

Ocasio-Cortez, who graduated from the university in 2011 with a degree in economics and international relations, was among a group of student dancers who took part in the video, which showed them imitating scenes from popular 1980s films.

“Using the European band Phoenix’s Lisztomania, the students created what they call the BU “Lisztomania” Brat Pack Mashup, a homage to the original, which first aired on YouTube last year,” the university said at the time. “The mashup, a remix of song and video clips, was an instant sensation and has been replicated worldwide.”

Social media users came to her defense after the tweet.

“Now she’s totally done for. Newly unearthed video reveals that when @AOC was in college, she was … adorable,” Karen Tumulty tweeted.

Well, @AOC is officially done. She’ll never recover from the world seeing her…

The new Democratic representative from New York has gained popularity since her election in November, and has used social media to define herself on her own terms.

Ocasio-Cortez has in the past called out a journalist who referred to her as “a girl” in a November tweet critical of her clothing.

Eddie Scarry, a media reporter for The Washington Examiner, posted a photo of Ocasio-Cortez walking down a hallway alongside a caption that read, “Hill staffer sent me this pic of Ocasio-Cortez they took just now. I’ll tell you something: that jacket and coat don’t look like a girl who struggles.”

The tweet was widely criticized as sexist and inappropriate. It came after Ocasio-Cortez suggested in an interview that it would be challenging to afford an apartment in Washington before her congressional salary kicks in.

“Dark hates light – that’s why you tune it out,” she posted in response to that tweet about her clothes. “Shine bright & keep it pushing.” Scarry later deleted the tweet.

A similar fate befell the person behind the dancing video. Hours after posting it, a search for the account AnonymousQ on Twitter said it doesn’t exist.