CARLISLE, Ky. (LEX 18) — A Facebook comment Monday afternoon from the account of the Carlisle police chief appeared to refer to former President Barack Obama as a “baboon.”

Reached at his home, Police Chief Timothy Layne said: “I have no comment.”

Carlisle Mayor Ronnie Clark addressed the issue Monday night at a City Council meeting, saying the “individual is sorry for what was said.”

“I do not believe we have an individual working for the city who is a racist,” he added.

Nonetheless, Clark said he planned to draft a guideline for social media interaction in the wake of the comment.

Following a call earlier from an LEX 18 reporter Clark, the post on Layne’s page was taken down, as was information identifying his workplace as Carlisle Police Department.

Earlier Monday, a LEX 18 viewer alerted the station to the comment on Layne’s Facebook page with screenshots of the page. The comment was in response to a meme posted to Layne’s page criticizing new U.S. Rep. Rashida Tlaib, a Michigan Democrat. 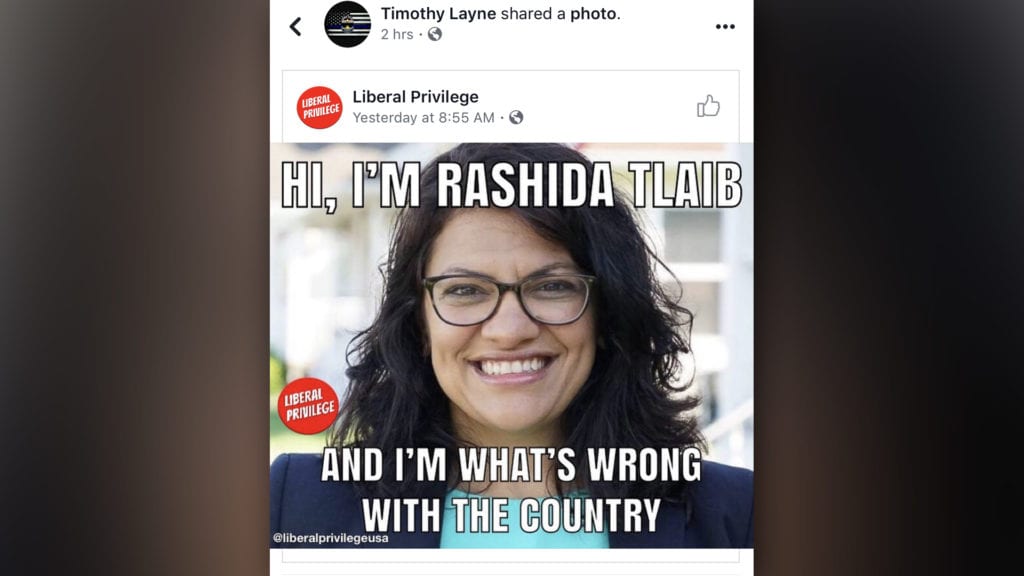 Tlabi stirred a firestorm when a video of her cursing President Donald Trump and promising an impeachment went viral.

The comment thread under the meme post quickly became heated, with one person questioning Layne’s meme, then expressing shock at another comment — not by Layne — that referred to Tlaib using a racial slur.

A comment in Layne’s name defended the person who made that comment, saying “he is entitled to his opinion same as you are.” 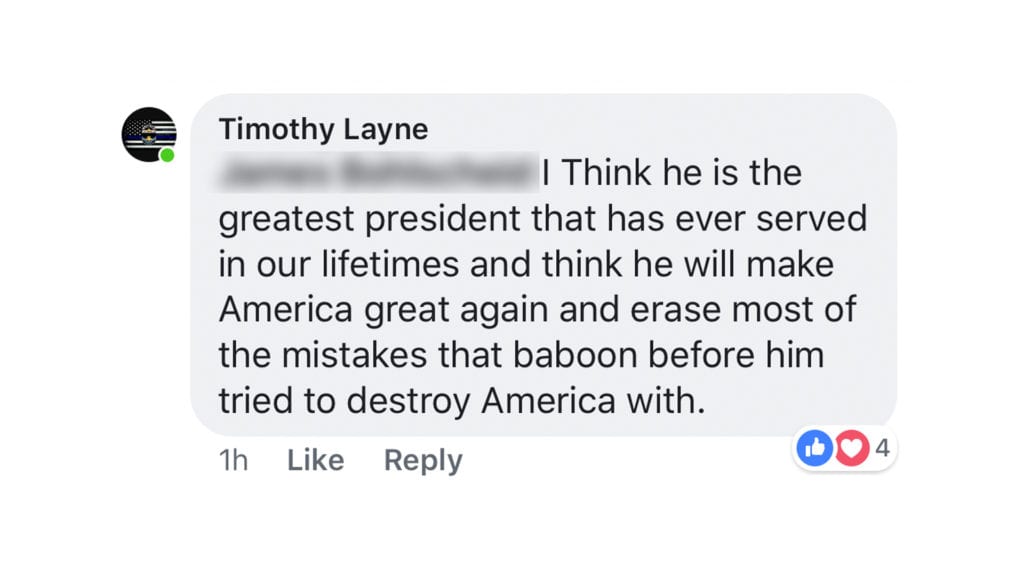 “I Think he [Trump] is the greatest president that has ever served in our lifetimes and think he will make America great again and erase most of the mistakes that baboon before him tried to destroy America with.”