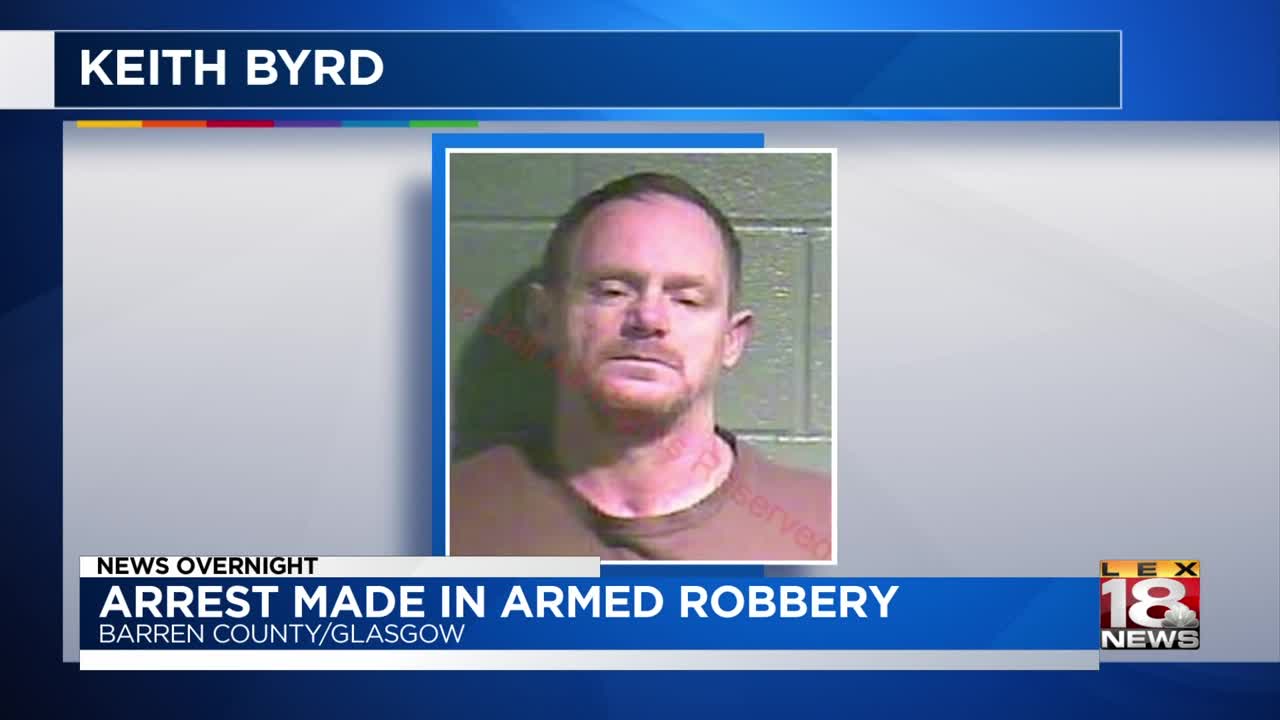 BARREN COUNTY, Ky. (LEX 18) — Police in Barren County arrested and charged a man in connection with an armed robbery.

Authorities say 51-year-old Keith Byrd entered a Dollar General in Glasgow on Friday afternoon, where he allegedly pulled out a gun and demanded money.

Officers later were able to track down the Cave City man and take him into custody.

Byrd was charged with first-degree robbery and wanton endangerment.