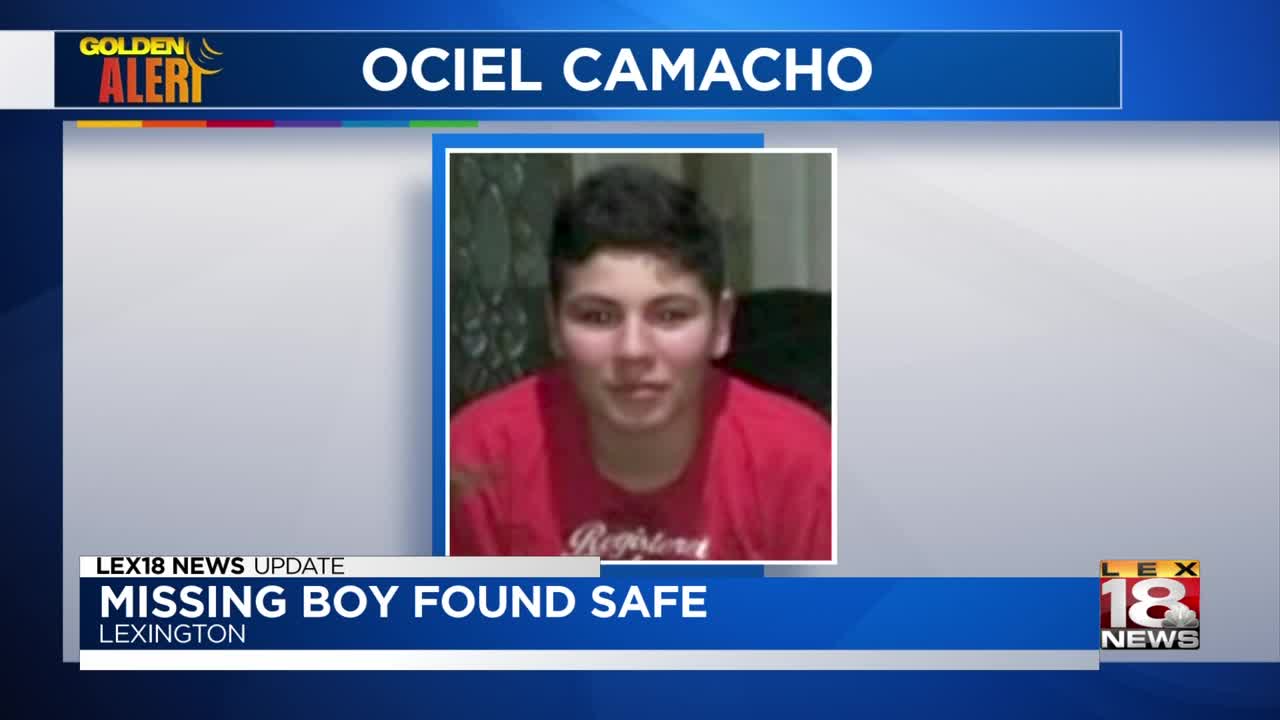 LEXINGTON, Ky. (LEX 18) — Police have called off a Golden Alert that was issued for a 12-year-old boy, after he was found safe.

Ociel Camacho, who has autism, had been missing since around noon Thursday.

However, just before midnight Friday, police announced Ociel had been found and was safe.