(CNN) – Passengers aboard a United Airlines flight from Newark, New Jersey, to Hong Kong were left stuck on the ground for more than 14 hours in frigid weather with a dwindling supply of food.

The nightmarish incident began when the 3:05 p.m. flight was diverted to the Goose Bay Airport in Newfoundland, Canada, due to a medical emergency. The plane landed there at 9:31 p.m. AST, and medical personnel met the aircraft and a passenger was taken to a local hospital.

But as the flight was set to take off again, it experienced a mechanical issue.

That’s when the waiting began.

Passengers were not allowed to leave the airplane because the Goose Bay Airport did not have a customs officer on duty during the overnight hours. Saturday bled into Sunday, and still the flight remained grounded.

Sonjay Dutt, a passenger on the plane, said on Twitter that the plane’s door had broken and that they were stuck on board as the weather dipped to negative-20 degrees outside. Unable to leave for hours upon hours, he began tweeting at United for help, saying that they were running low on food. 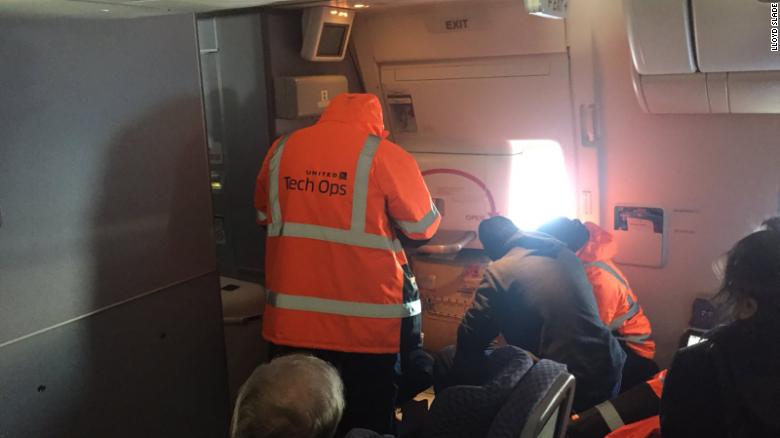 United had food delivered to the passengers and “the crew is doing everything possible to assist customers,” a United spokesperson said.

Finally, after more than 14 hours, Dutt was able to get off the plane with the rest of the passengers. 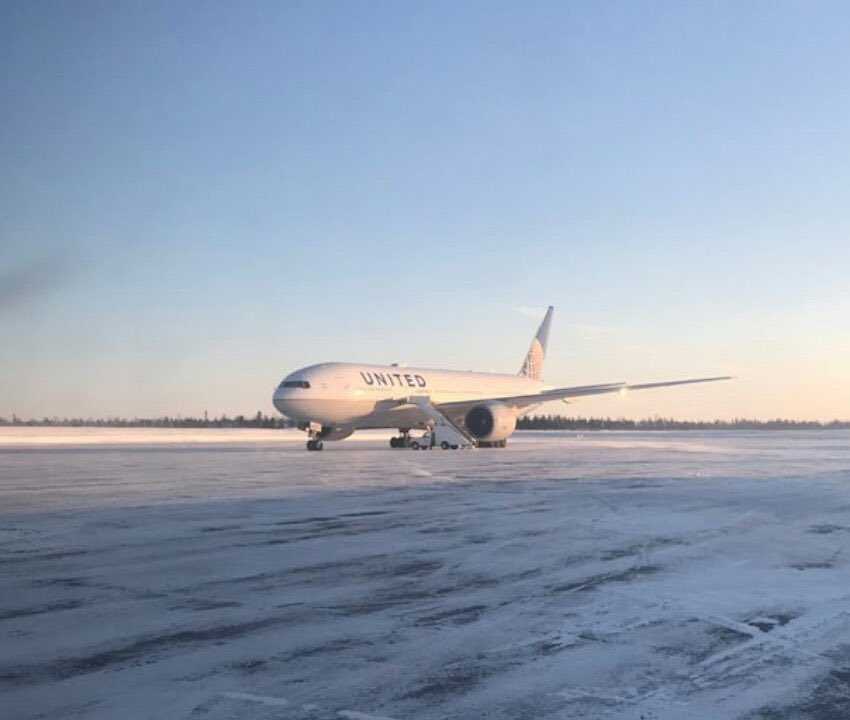 8:59 AM – Jan 20, 2019
24 people are talking about this
Twitter Ads info and privacy
“Its been a long long long long day,” he tweeted.
Lloyd Slade, another passenger on the plane, said he was “just very tired, at this point” on Sunday. “Cabin/flight crew have been excellent and very helpful (United HQ/dispatch, not so much.)”

An alternative aircraft containing meals for the passengers was flown to Goose Bay to transport customers back to Newark.

“We apologize to our customers and our crew is doing everything possible to assist them during the delay,” the company said.

Passenger Steven Lau thanked those who brought Tim Hortons on board.

“(I) feel partly relieved to be on a new plane, but the crew is still loading bags and preparing the aircraft, so not certain when we’ll actually take off,” he said. “It’s nearing 24 hours since we originally took off from Newark, so we’re all feeling restless and frustrated. I’m just ready to be off the plane and finished with this experience.”

Lau said some passengers on the flight had decided to scrap their trips entirely in the wake of the overnight stay on the tarmac. He is planning to wait to see how United can get him there ASAP, he said.