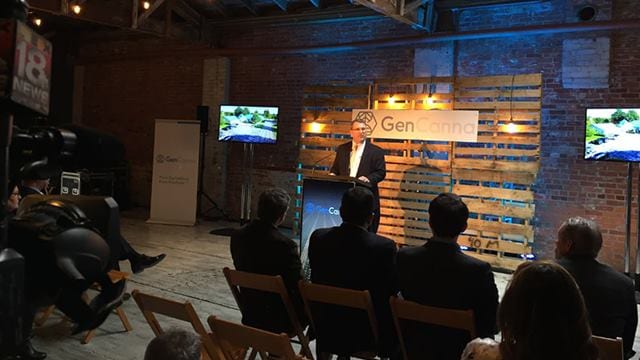 “This is a remarkable development for the hemp industry and for Kentucky,” Agriculture Commissioner Ryan Quarles said in a statement. “When I became agriculture commissioner, I promised to make Kentucky the epicenter of hemp research and production in the United States. Announcements like these prove Kentucky is well-positioned to lead the nation in this arena. I congratulate GenCanna on their success, and I look forward to watching them continue to grow and invest in our state and our people.”

GenCanna is a company specializing in the production of hemp rich in cannabidiol, or CBD. The company was an inaugural member of the Kentucky Department of Agriculture’s Industrial Hemp pilot program and was the first hemp pilot program participant dedicated specifically and exclusively to researching and commercializing hemp-derived CBD in the state.

The company says that many have been excited by the potential upside of hemp, but have been concerned about maintaining regulatory compliance. Their new development promises farmers, processors and other potential industry partners a path toward industry participation and peace of mind.

In the last few months, GenCanna has announced significant expansion plans including the building of a $40 million facility in Graves County that will bring more than 80 new jobs to the region.