Get outside at some point Monday! It’s going to be gusty but it will also be mild with above average highs in the low to mid 50s. Expect a round of late day rain showers transitioning over to a shot of light, accumulating snow Monday night into early Tuesday with the highest totals over eastern Kentucky. A winter weather advisory is in effect east of Lexington and a winter storm watch covers our eastern mountain counties. Another Arctic front follows with a midweek deep freeze on the way- this will be our coldest air of the season. Highs will be in the teens Wednesday and Thursday with single digit to subzero lows possible. 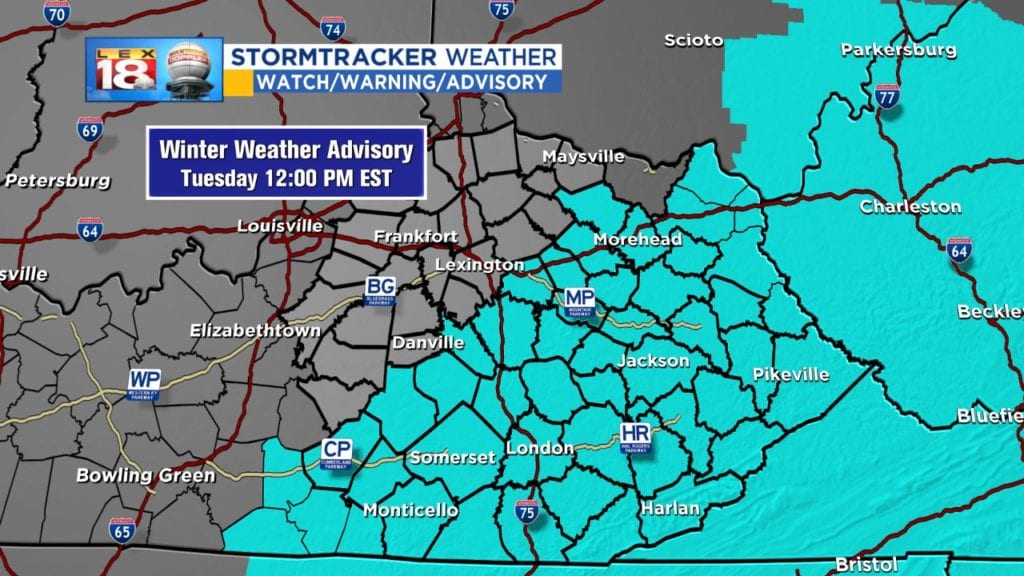 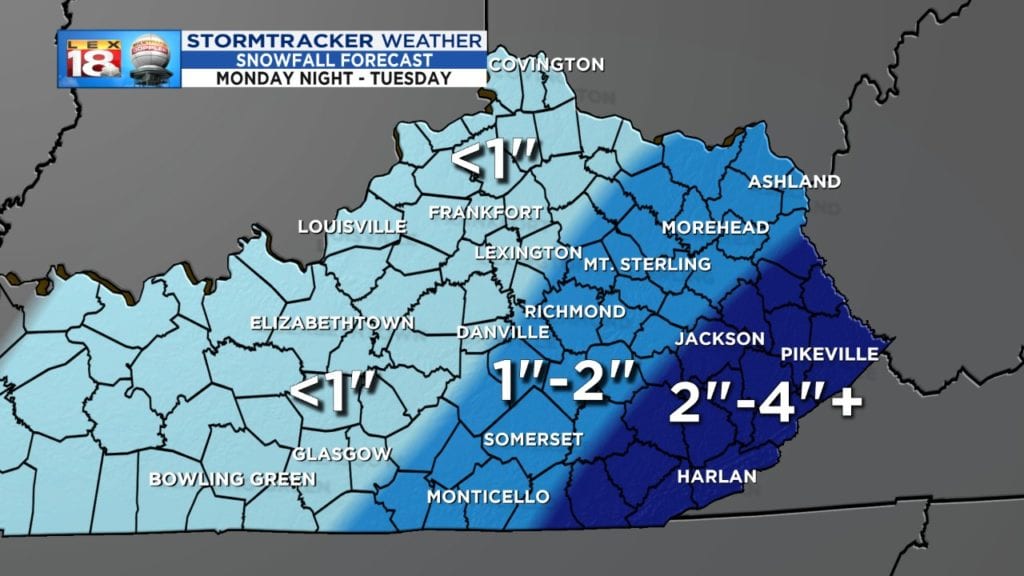 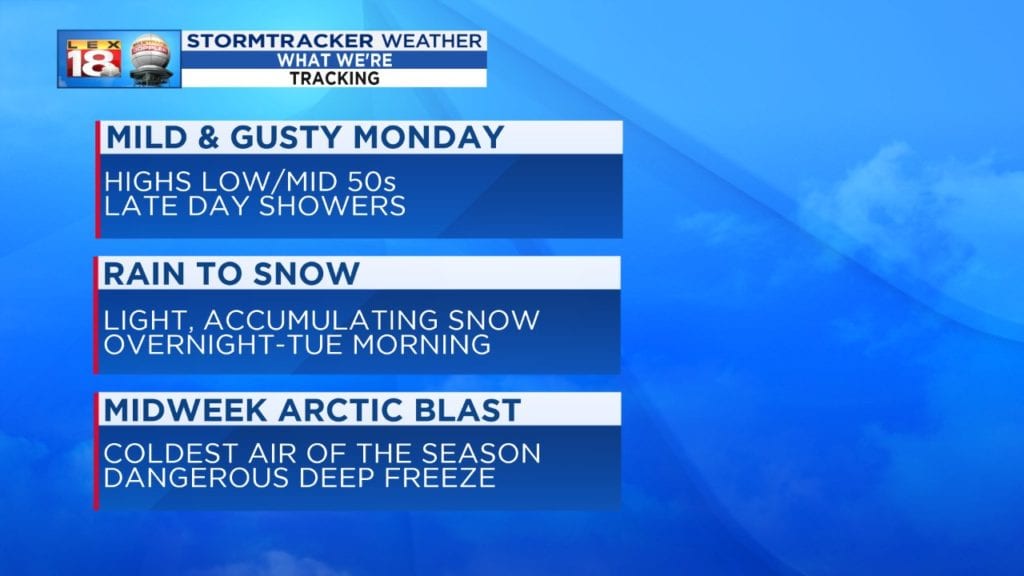