LEXINGTON, Ky. (LEX 18) — Emergency crews responded Wednesday morning to a fire at a home on Lexington’s far southwest side. 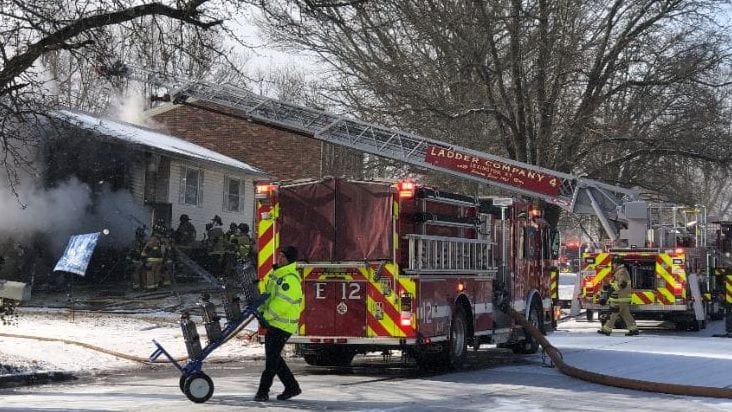 Officials say the home is badly damaged but that no one was injured. One person was inside and fled after hearing an alarm and seeing smoke.

Firefighters were not sure what caused the blaze.

Crews said the extreme cold makes fighting fires more difficult. Among the issues affected by cold weather: it’s harder to connect hoses to hydrants, ice builds up near connections and frozen clothing required changing out crews and layering up.