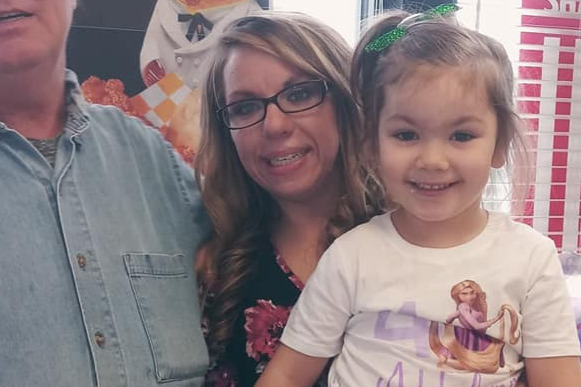 CLARK COUNTY, Ky. (LEX 18) – This week has been an absolute nightmare for the friends and family of a Clark County woman.

Now they’re trying to raise money for her burial, and for her 4-year-old daughter.

“It feels like someone ripped my heart out, took a piece of me,” said Amanda’s father David Bailey.

Although her body has been recovered, a cause of death has still not been determined. The family is left with many unanswered questions,  and the tough task of explaining to Bailey’s 4-year-old daughter that her Mom is gone.

“It’s rough, it’s going to be rough on that little kid growing up without a mom when all this could have been avoided,” said David Bailey.

The family is also now trying to scrounge up money to pay for Bailey’s funeral and a nice grave site where her daughter can visit her.

“Where she can go and give respects to her mother and just know that her mother loved her with everything in her,” said Amanda’s aunt Jerri Bailey.

You can also donate to the Scobee Funeral Home where her services are being held.