(CNN) – A miraculous recovery in Montana after a cat was found frozen and suffering from hypothermia.

Fluffy the cat was literally dethawed after she was found buried in snow, her fur matted in ice. The very lucky cat is now back home.

Her owners discovered her buried in the snow near their Kalispell, Montana, home on January 31.

They rushed her to the Animal Clinic of Kalispell just in time. 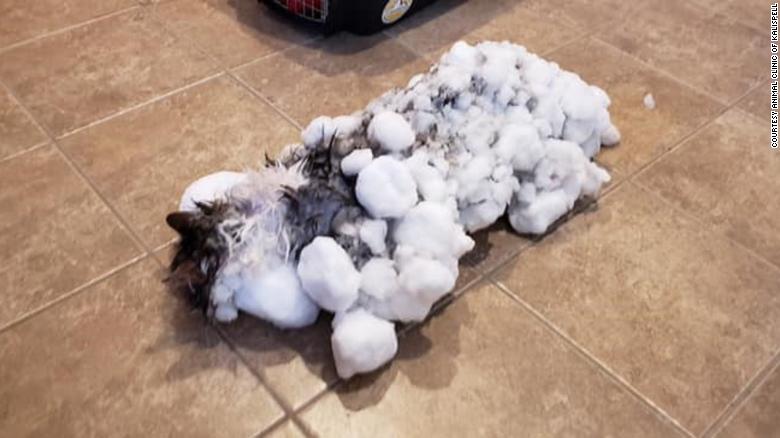 The northern Montana town was experiencing, well, winter. It was snowy and below freezing when Fluffy was discovered frozen.

When she got to the clinic, her temperature was below 90°F, said Dr. Jevon Clark.

So low the staff couldn’t even measure it on their thermometer. A normal temperature for a cat is around 100°-102°F.

She was so cold the staff struggled to get an IV in her right away. 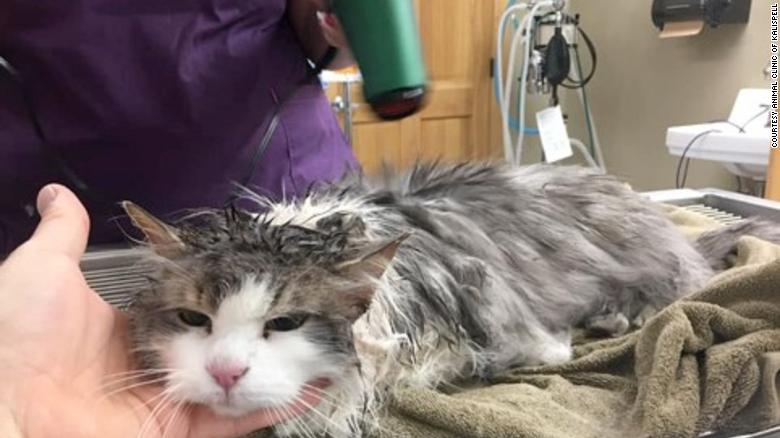 “They used a few different methods to raise her body temperature: warm water, hair dryers, heated towels that were rotated out,” Dutter said. “And finally, we put her in heated kennel.”

Fluffy spent one night in the ER before returning home with her owners.

The 3-year-old cat was mostly an outdoor cat that the owners “acquired” when they moved into their new home. 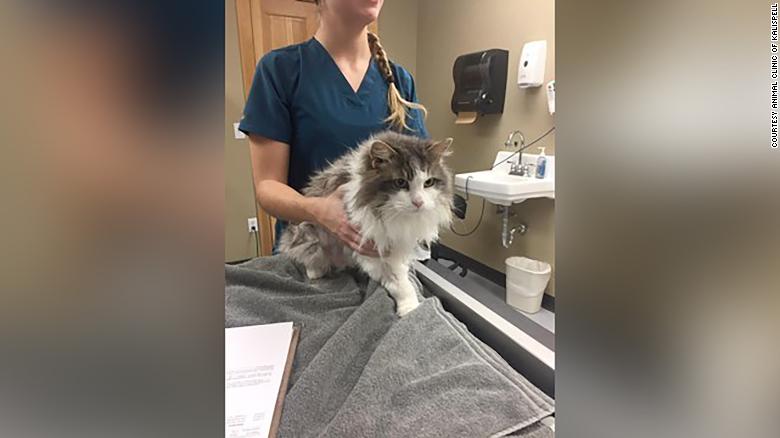 Because the owners weren’t home at the time, they aren’t positive how Fluffy got stuck in the snow. The clinic said there were some signs of injury and they believe she couldn’t get to her “warm spot.”

She has eight lives left, but Fluffy will be staying inside these days.

Fur real.
Copyright 2022 Scripps Media, Inc. All rights reserved. This material may not be published, broadcast, rewritten, or redistributed.