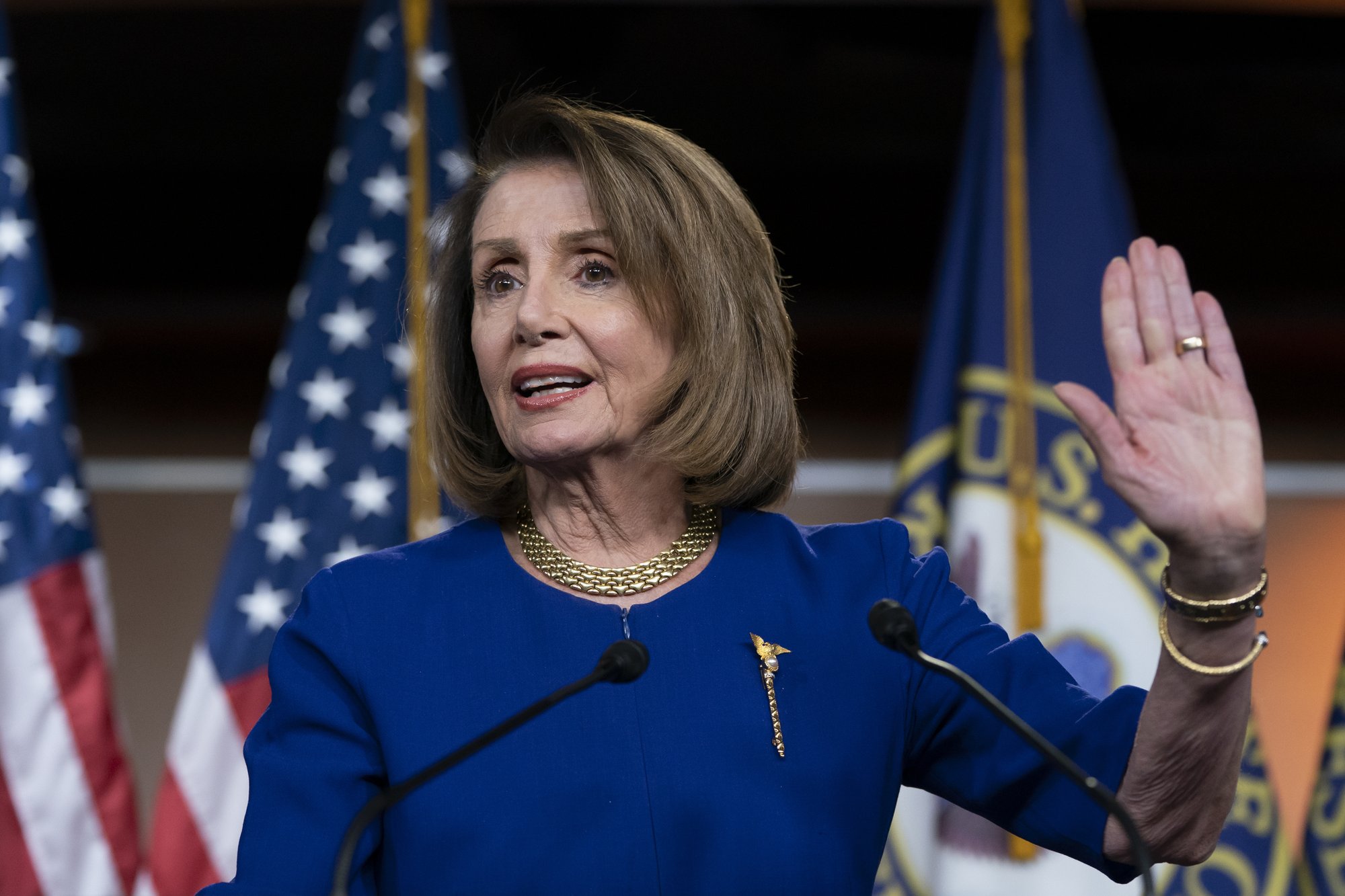 WASHINGTON (AP) – Republicans have vilified Nancy Pelosi for years as a San Francisco liberal and now they’re trying to portray her as a captive of resurgent left-wingers in her Democratic Party.

But in her early moves so far as House speaker, Pelosi is displaying her pragmatic streak. She’s set to endorse a split-the-differences deal on government funding that appears on track to give President Donald Trump at least some barriers on the border, after she had said Trump’s border wall idea was “immoral” and promised he wouldn’t get a penny for it.

And as the Democratic Party’s progressive wing pursues dreams such as “Medicare for all” and a “Green New Deal,” Pelosi is keeping her distance.

“We are results-oriented, values-based, and for the boldest common denominator,” Pelosi said in a brief interview on Friday. “Everybody has a path to make their case, to see what the options are. I’m wedded to the Affordable Care Act because I think it’s a path to health care for all Americans.”

Pelosi presides over a 235-member Democratic caucus that surged into power in last November’s midterm election, fueled by voters’ anger against Trump. The new majority includes young, high-profile and defiantly liberal lawmakers such as Rep. Alexandria Ocasio-Cortez, D-N.Y., who’s a darling among Democratic activists and a social media phenomenon.

“There’s a new crop of Democrats that make Pelosi look moderate. I never thought I’d see that day,” said Rep. Greg Walden, R-Ore. “You see this Green New Deal rollout, you see this Medicare for all rollout and you don’t see her buying into those proposals.”

While some on the left are demanding Trump’s impeachment, Pelosi is urging Democrats to take it slow, saying there needs to be a full vetting of any evidence. She’s against demanding Trump’s tax returns immediately, to the dismay of impatient lawmakers such as Rep. Bill Pascrell, D-N.J.

There’s no denying Pelosi’s skills. She was a strong speaker when running the House in 2007-10, keeping Democrats unified and sometimes running roughshod over Republicans. But some in her caucus started to doubt her after punishing election cycles in 2010, 2014 and 2016.

Pelosi overpowered her doubters, however, in a leadership challenge last fall, emerging stronger than when she started. At age 78 she emerged from her shutdown victory over Trump as a hero in the party and is carrying greater leverage into the ongoing negotiations. So far, there’s little grousing among Democrats.

Pelosi’s more measured approach is playing out this weekend as talks grind on over border security money. Pelosi took a hard line during the recent 35-day partial federal shutdown, refusing to enter into negotiations while the government was shuttered, while dismissing Trump’s dream of a border wall.

Those remarks led many Republicans to believe that Pelosi would become an obstacle in the talks, refusing to agree to enough concessions to win over Republicans controlling the Senate, much less Trump.

Instead, Pelosi is intent on pursuing a deal with Republicans on a $350 billion-plus appropriations bill that has been hung up for weeks over Trump’s border wall demands. She still opposes the idea of a wall but has signaled she’s open to vehicle barriers and other steps. She says she’s delegating most of the decision-making to allies on the House Appropriations Committee.

“I trust the appropriators,” Pelosi said, and she frequently reminds people that she was “forged” on that pragmatic committee. Predictions that she’d be hemmed in by her prior stance, or that she’d be unwilling to buck progressives, aren’t coming to fruition.

“Nobody hems in the speaker, OK?” said Rep. Mike Doyle, D-Pa. “The speaker is quite secure in her position and is someone who doesn’t have to worry about what anyone chatters about.”

Part of that is the difference between making a political point and making a law. Must-pass legislation to fund the government, for example, which requires Trump’s approval, gets treated differently than do upcoming messaging measures on climate change, taxes and health care.

Pelosi also relies heavily on her committee chairmen, several of whom have decades of experience in the House dating to the Democratic majority of the early 1990s.

Issues where Democrats want an accomplishment this year, such as lowering prescription drug prices, probably require Democrats and Pelosi to cut deals that won’t please lots of liberals. Pelosi knows the ropes of divided government, often citing her work with the Bush administration in 2007 to pass legislation boosting automobile mileage standards and production of renewable energy.

But Pelosi hints that issue areas where Democrats are developing proposals to run on in the 2020 elections are more wide open.

“Everything’s on the table. Medicare for all is on the table,” Pelosi said. “Everybody knows they have a path. There’s no blocking of anything. Everybody has the path to make their case.”

While high-profile liberals such as Ocasio-Cortez, who won a safe seat in New York City, capture the attention of the party’s left wing, Pelosi is more focused on protecting the first-term members who really matter to holding the Democrats’ majority: lawmakers who took over GOP seats in areas won by Trump.

“She’s trying to hold them back from going over the cliff,” said the House’s top Republican, California Rep. Kevin McCarthy. “The party has moved beyond where she has philosophically been. So she is trying to rein that back.”