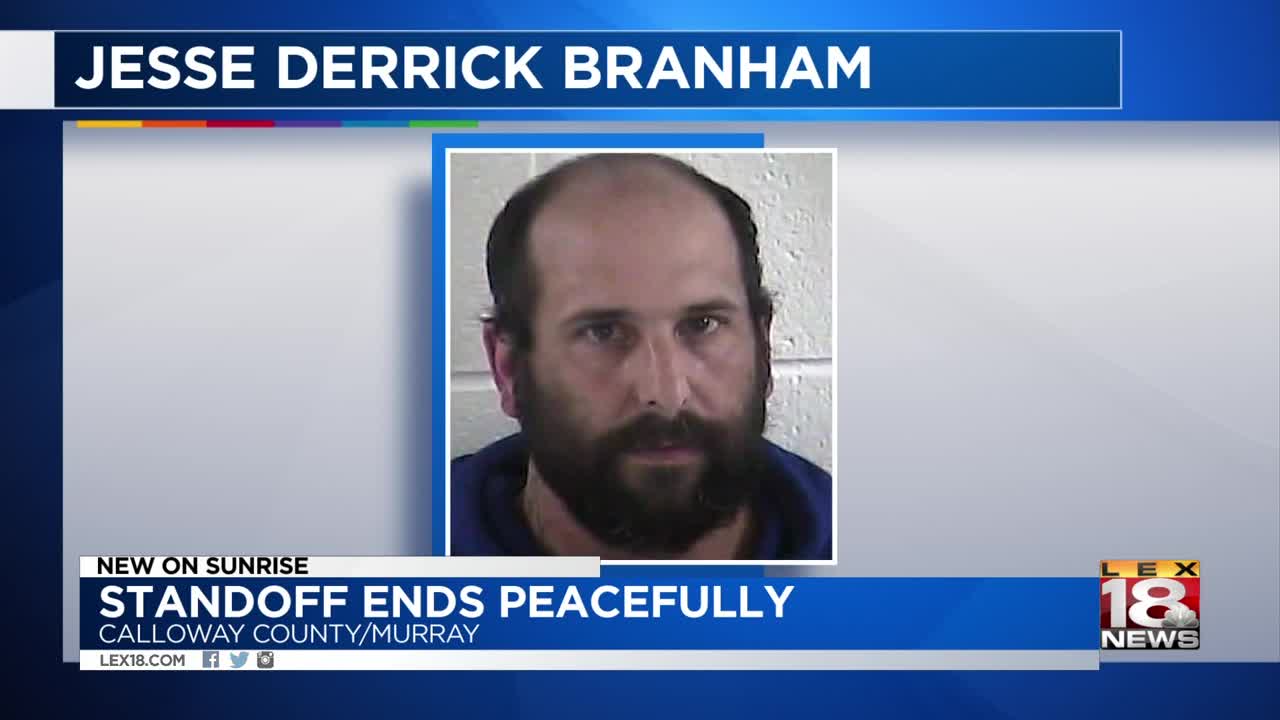 Deputies and U.S. Marshals tracked him to a motel in Murray.

When officers went there just after midnight Saturday morning, they say Branham pointed a gun at officers then barricaded himself in the motel room with a woman and a baby.

After several hours, the woman and baby walked free.

Branham then surrendered to police. He was being held in the Calloway County Detention Center.