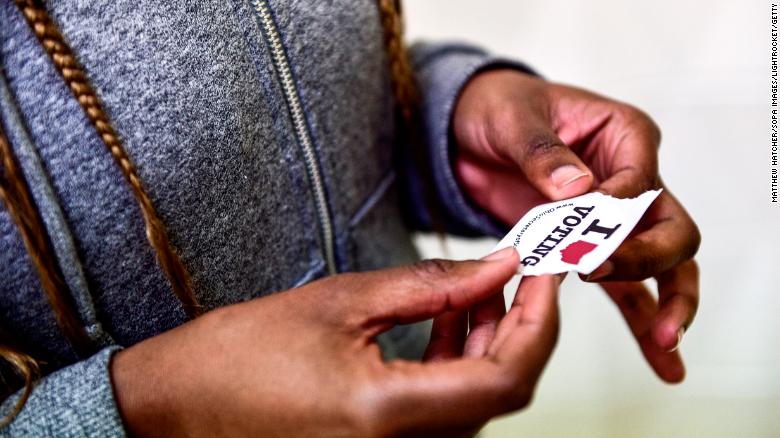 (CNN) – The small north-central Ohio city of Sandusky, on the shore of Lake Erie, has unwillingly thrust itself into a contentious nationwide debate over increasing voter turnout: officially swapping Columbus Day for Election Day as a paid holiday.

“Some of it was just dumb luck as to the timing of the national conversation,” City Manager Eric Wobser told CNN on Saturday.

The new rule, which takes effect this year, coincides with sweeping Democratic legislation that would make Election Day a federal holiday, prohibit the purging of voter rolls and require presidential candidates to release their tax returns, among other changes.

Senate Majority Leader Mitch McConnell last week drew backlash from Democrats for calling the House bill a “power grab,” mocking it as the “Democratic Politician Protection Act” and arguing that it rewrites the “the rules of Americans politics for the exclusive benefit of the Democratic Party.

Said Wobser, “We were acting locally for local reasons but certainly we were inspired by the conversations happening at a statewide or national basis and those two things really synced up well together.”

Wobser said local officials considered dropping Columbus Day years ago but met resistance from unions reluctant to give up a paid holiday. At neighborhood meetings centered on the city’s 2018 bicentennial, residents talked about recognizing the community’s growing diversity.

“We heard time and time again that people wanted to celebrate our diversity,” Wobser said. “In the last few years we’ve passed a city resolution which talks about welcoming immigrants. We worked with the LGBT community to pass anti-discrimination legislation. The subject of Columbus Day came up and Sandusky is actually based on an Wyandot word.”

At least a dozen US cities — including San Francisco and Cincinnati — have replaced observance of Columbus Day with Indigenous Peoples Day.

“Celebrating our diversity was one of the pillars of that strategic vision,” Wobser said. “Then last year we began union negotiations and obviously much had transpired as it relates to voting rights and access to voting and just thinking about our democracy in different ways.”

The city came up with a proposal to stop having a holiday on Columbus Day and hold one instead on Election Day. The new rule applies to about 250 city workers.

“It fit into something we’ve been working on pretty actively over the last couple of years — to eliminate barriers and expand access to voting for our residents,” he said, adding that the city runs Erie County’s transport system and started offering free rides to the polls on Election Day.

“These are unions and they fully understand the power of organizing,” Wobser said. “The idea of being off on Election Day made a lot of sense for them because they do want to make sure their workers are represented at the polls, that the interests of public sector unions are represented.”

Now Sandusky — a city of about 25,000 best known as the home of Cedar Point, which is billed as the “Roller Coaster Capital of the World” — may be setting an example for cities around the country.

“Ohio is notoriously known as a swing state and that this happened in Ohio, in a small city in particular, made some people stop and want to know how this happened,” Wobser said. “Just because we’re a smaller city in the Midwestern or Great Lakes region of the country doesn’t mean we can’t do things that are innovative and creative.”