After spotting an 18-year-old dog named Poochie who was up for rescue, the country music superstar did what many people would not: he adopted him. 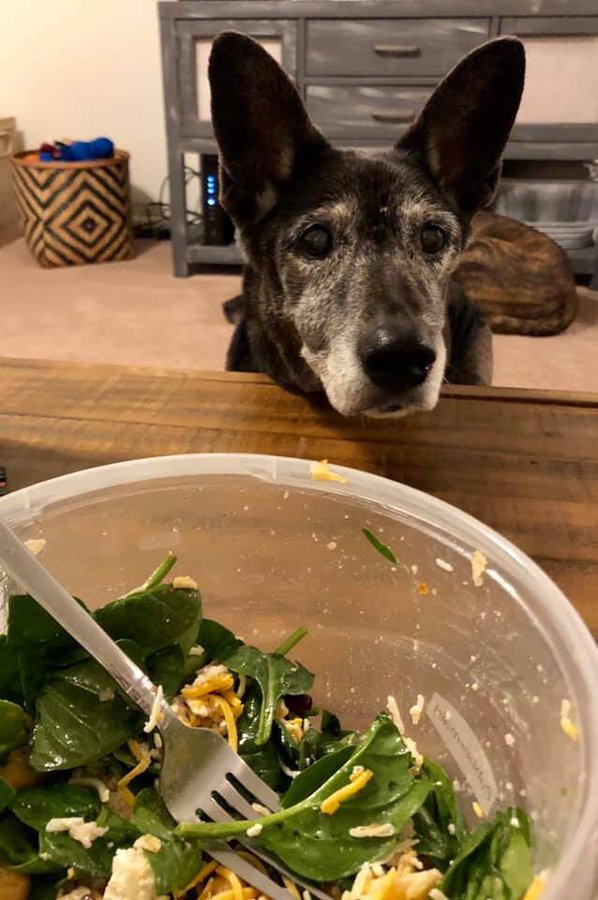 Poochie update:He’s REALLY mushy and affectionate. He likes to grab your arm with his little paws while you’re petting his face and rest his head on your arm. And we’ve progressed to actually pottying outside now that he knows he will get to go out regularly. He’s pretty cute!

The Nashville-area rescue organization Proverbs 12:10 (“The righteous care for the needs of their animals, but the kindest acts of the wicked are cruel”) had been posting images of Poochie on Twitter for a while.

Poochie had been “surrendered to the pound,” Proverbs wrote on Instagram. He was being cared for in a foster home after Proverbs found him. (Click on the Instagram image to see more images of Poochie.)

“We pulled 18-year-old Poochie from a shelter after his family surrendered him due to becoming allergic,” Lavonne Redferrin, Proverbs 12:10 Animal Rescue’s director and founder told People magazine. “We often step in and pull seniors, sickly and injured animals who are likely to be overlooked.”

Rescue animals are having a bit of a moment. California recently passed a law that said pet stores may only sell rescued dogs and cats, while celebrities including Jane Lynch and Joe Biden have made headlines for their adoptions.

The plan, Redferrin continued, had been to keep Poochie in a “forever foster home” where his needs could be attended to until he passed, but Luke and his wife Caroline sent in an adoption application.

The Bryans live on a Tennessee farm, where Poochie will have lots of room to roam and friends to hang out with, including other dogs, cats, chickens, goats and two kangaroos.

In a recent tweet posted by Bryan, it was clear that he and Poochie had already bonded:

“Their adopting this sweet old guy will allow us the chance to save yet another,” said Redferrin, and added she’s pretty sure, “there is a song somewhere in this story.”