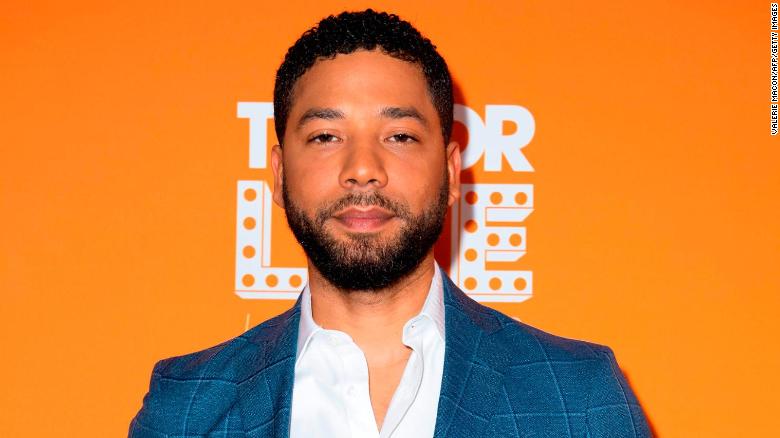 CHICAGO, Il. (NBC NEWS) – A police source familiar with the investigation into an alleged attack on “Empire” actor Jussie Smollett tells NBC News the probe has shifted into whether the actor paid two men who were questioned in the case to stage an assault.

Chicago police spokesman Anthony Guglielmi said Saturday evening that: “We can confirm that the information received from the individuals questioned by police earlier in the Empire case has in fact shifted the trajectory of the investigation. We’ve reached out to the Empire cast member’s attorney to request a follow-up interview.”

Smollett’s attorneys denied any suggestion that the actor was complicit. They said Smollett is the victim of a hate crime and that he has been cooperative with police.

“He has now been further victimized by claims attributed to these alleged perpetrators that Jussie played a role in his own attack,” the attorneys said.

Smollett filed a report with the Chicago Police Department on Jan. 29 stating that two masked men hurled racist and homophobic slurs before beating him. The actor also said his attackers poured what he thought was bleach over him and put a noose around his neck.

The police department had said it was investigating the alleged attack as a possible hate crime. Smollett is black and gay.

Friday night, police said they released the two men who had been questioned in the case without charge, and police said they are no longer considered suspects. Chicago police spokesman Guglielmi said when the men were released that it was “due to new evidence as a result of today’s interrogations.”

“As a victim of a hate crime who has cooperated with the police investigation, Jussie Smollett is angered and devastated by recent reports that the perpetrators are individuals he is familiar with,” Smollett’s attorneys, Todd S. Pugh and Victor P. Henderson, said in a statement.

“One of these purported suspects was Jussie’s personal trainer who he hired to ready him physically for a music video,” they said. “It is impossible to believe that this person could have played a role in the crime against Jussie or would falsely claim Jussie’s complicity.”

20th Century Fox Television said it had no comment or statement at this time.

The police source familiar with the investigation said that the men released, who are brothers, have agreed to fully cooperate with police. The source also said that the brothers were found to have purchased the rope at a hardware store.

An attorney who represents the two men did not return a request for comment Saturday.

The attorney, Gloria Schmidt, told reporters Friday night when they were released without charge that “innocence prevailed” and that “they’re not charged, they are not suspects in this case.” She said then that “there was a lot of information that was shared, from the police, from us.”

Asked about the new evidence cited by police in releasing the pair, she said Friday: “New evidence that was brought to their attention — obviously I had it, obviously my clients had it, but I think it took a matter of coordination.” She did not elaborate on what the evidence was.

Some social media users began to cast doubt on Smollett’s claims after police said they were not able to find footage of the alleged attack after going through a voluminous amount of recordings from the many surveillance cameras in the area.

Police also had said Smollett refused to turn over his phone and phone records for the investigation. The actor had told police he was on the phone with his manager at the time of the attack. Police have said, however, that Smollett was cooperating with the investigation, and later gave investigators a PDF file with partial phone records.

In an interview on ABC’s “Good Morning America” on Thursday, Smollett said he was upset that some people questioned whether the attack occurred.

“It feels like if I had said it was a Muslim or a Mexican or someone black, I feel like the doubters would have supported me a lot much more, and that says a lot about the place we are in our country right now,” he said.