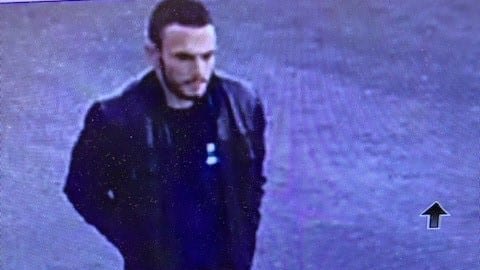 WILLIAMSBURG, Ky. (LEX 18) — Police in Williamsburg are seeking the public’s help in identifying a suspect seen on surveillance video stealing several TVs from a Walmart.

They say the man dons a Walmart vest with the name tag bearing the name “Zach.”

Police said he entered the Williamsburg Walmart, put five Phillips brand television into a cart and left through a fire exit.