LEXINGTON, Ky. – Kentucky’s scheduled home game on Tuesday, March 5 against Wright State has been canceled due to the forecast for unfavorable weather conditions. The two schools intend to reschedule the game for later this season if possible.

Wednesday’s home game against Boston College remains as scheduled at this time. Any changes to that contest will be announced at such time that they are made.

Kentucky is coming off a weekend sweep of Canisius as part of a perfect 5-0 opening week at Kentucky Proud Park. The Cats are 8-3 on the season and also are set to host Middle Tennessee this coming Friday-Sunday in a three-game series. 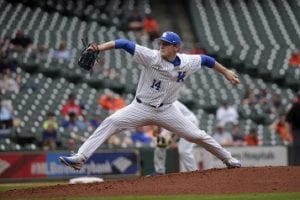