LEXINGTON, Ky. (LEX 18)– A former UK student accused of fatally striking a 4-year-old-boy with his car at a UK Football game appeared in court Friday morning.

Jacob Heil is facing one count of reckless homicide after a fatal collision Sept. 15 of last year.

Police say he was driving on Cooper Drive when a witness says his car suddenly swerved to the right and left the road for no apparent reason. That’s when he reportedly hit Marco Shemwell. 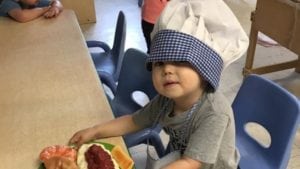 Shemwell died a few days after the crash.

Heil appeared in a Fayette County courtroom Friday for a status hearing. His attorney tells LEX 18 that they are waiting on analysis from an accident reconstruction expert. The judge continued the case until June 7.