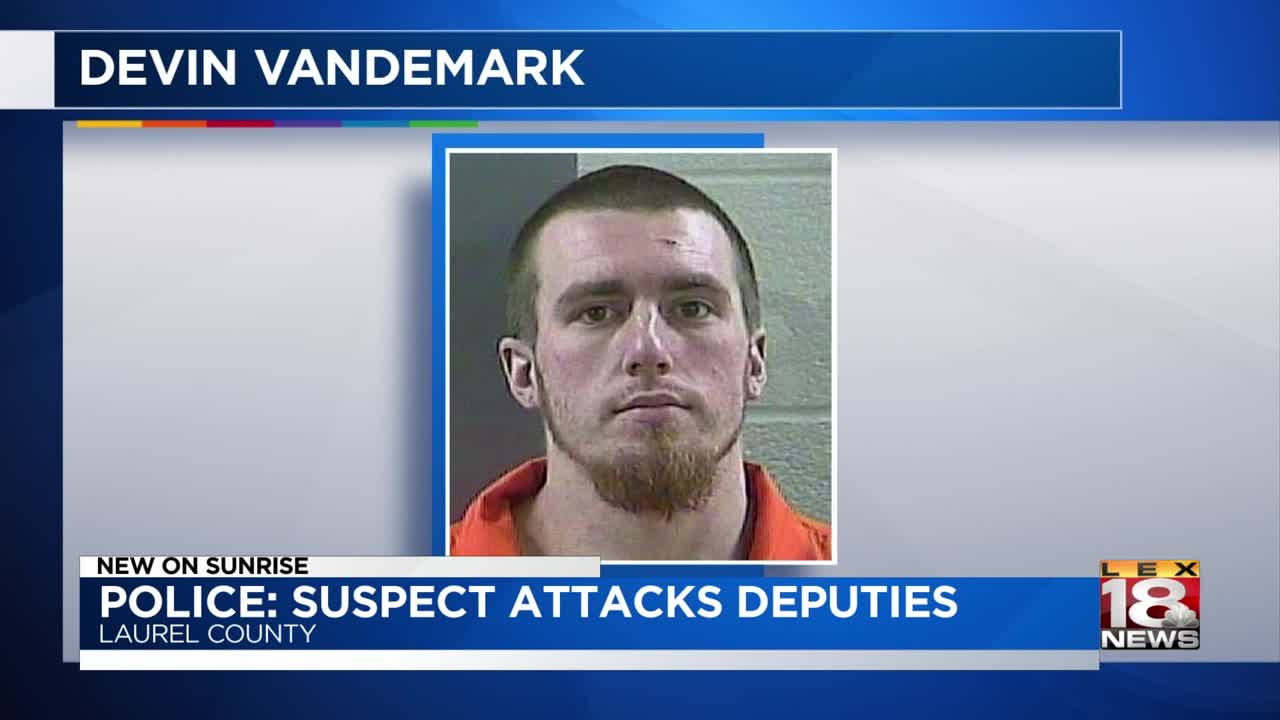 LAUREL COUNTY, Ky. (LEX 18) — Police tried to get an unwanted guest to leave a home Friday evening but ended up taking the man to jail after they say he attacked them.

The Laurel County Sheriff’s Department says troopers were called out about 5:30 p.m. to a home about 10 miles south of London.

Authorities say Vandemark then attacked deputies as they tried to arrest him, causing serious injuries to hand of one officer.

Vandemark was facing assault of a police officer, resisting arrest and other charges.