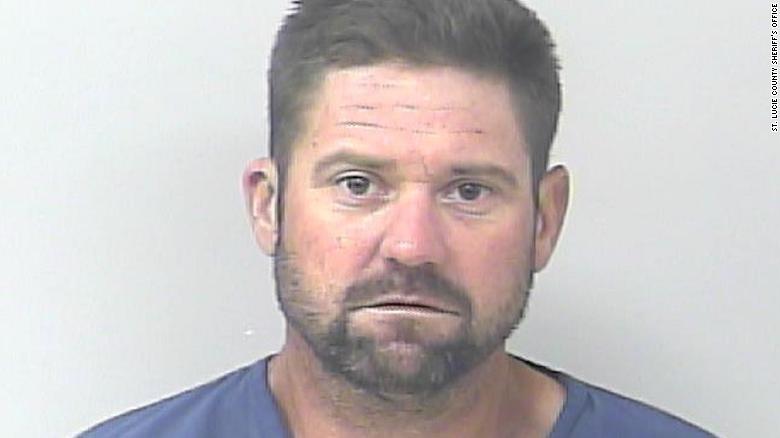 PORT ST. LUCIE, Fla. (AP/CNN) — A Florida man was reportedly arrested in a jail parking lot minutes after being released from that same jail.

The St. Lucie County Sheriff’s Office says 37-year-old Casey Lewis bonded out of jail Thursday, only to be caught by deputies burglarizing several cars outside the jail.

CNN is reporting that surveillance video showed Lewis looking into cars and opening the door of a silver vehicle, according to the affidavit. The report says Lewis entered the vehicle from the driver’s side and sat in the car for about two and a half minutes. He then exited the vehicle and walked around the length of the lot, checking vehicles along the way by either looking into the windows or lifting door handles to see whether they were unsecured, the affidavit said.

While Lewis was in the parking lot, he was approached by an officer. He told the officer he was “waiting for his girlfriend,” according to the affidavit.

The arresting officer said in the affidavit that when Lewis was approached, questioned and finally arrested he gave the officer a brown paper bag with items from a vehicle. The items included an iPhone 7, four packs of cigarettes, a lighter, one Visa bank debit card, a Florida driver’s license and $547 in cash.

Reportedly Lewis was booked into jail and then released a second time that day on bond.

Treasure Coast Newspapers reports Lewis originally was brought to the jail on a grand theft charge.