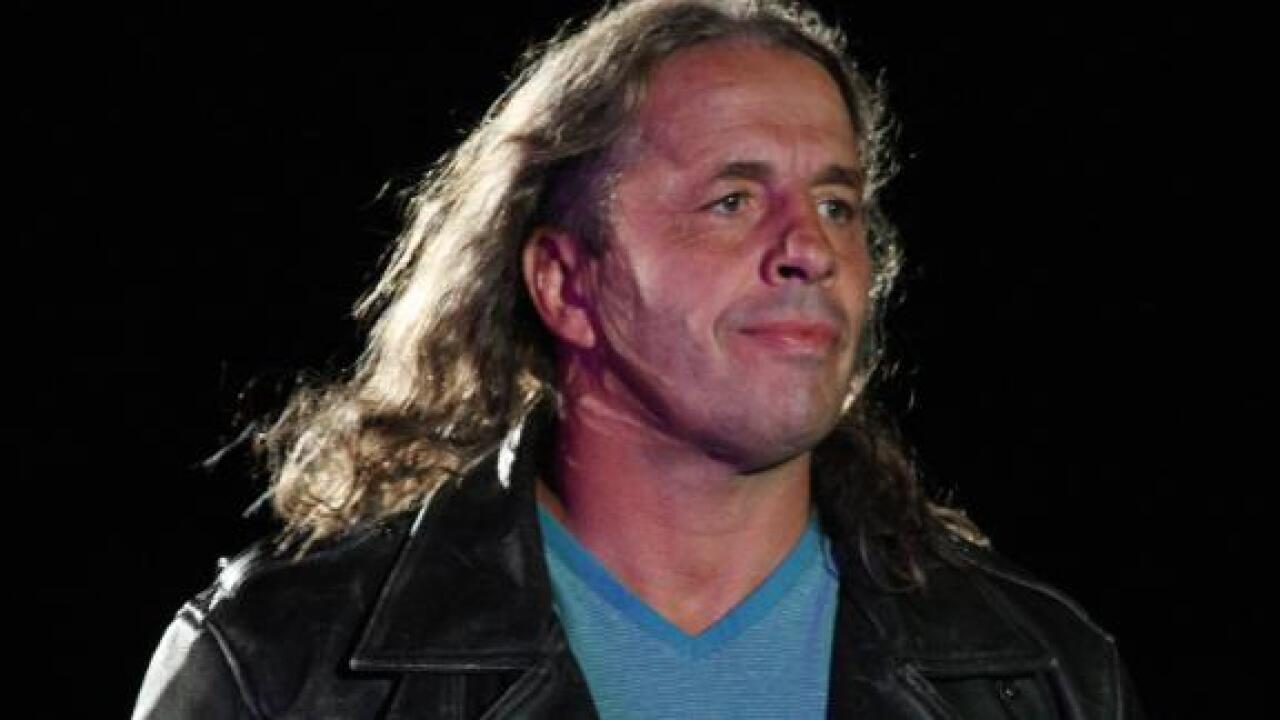 NEW YORK (AP) – Wrestler Bret “The Hitman” Hart was tackled by a spectator Saturday while he was giving a speech during the WWE Hall of Fame ceremony at Barclays Center in Brooklyn.

The attacker was promptly subdued by several people, including other wrestlers, who came to Hart’s defense. Hart, 61, is OK.

The person ran toward the ring from the crowd, spectator Alan Fisher told The Associated Press.

“I couldn’t believe that the security had missed him in the first place and the next thing you know there was Shane McMahon and Travis Brown on top of him the crowd was going crazy booing,” Fisher said. “Everyone was cheering when one of the wrestlers punched him.”

Several shocked onlookers posted footage of the tackle online. The induction event resumed, with Hart continuing his speech, after the fan was taken into custody.

“He should have never attacked Bret Hart especially at such a special moment in his life,” Fisher said.

The Omaha World-Herald, citing court records, reported that Madsen had a previous run-in with a fighter in Lincoln.

Talundzic, 21, told a Lancaster County judge that Madsen had been stalking him and was trying to provoke a fight. The two had trained together at a Lincoln gym, but Talundzic left over concerns about Madsen’s mental stability, according to the protection order.

Talundzic’s manager, Nick Goodwin, confirmed the two were former friends and training partners. He said he hopes Madsen “gets help before he hurts himself or anyone else any further.”

“His harassment of Haris, publicly and online, seems to have been the beginning of an extremely self-destructive spiral,” Goodwin said in a statement. “His threats toward Haris, along with Haris’ friends and family, were aggressive and violent in nature.”