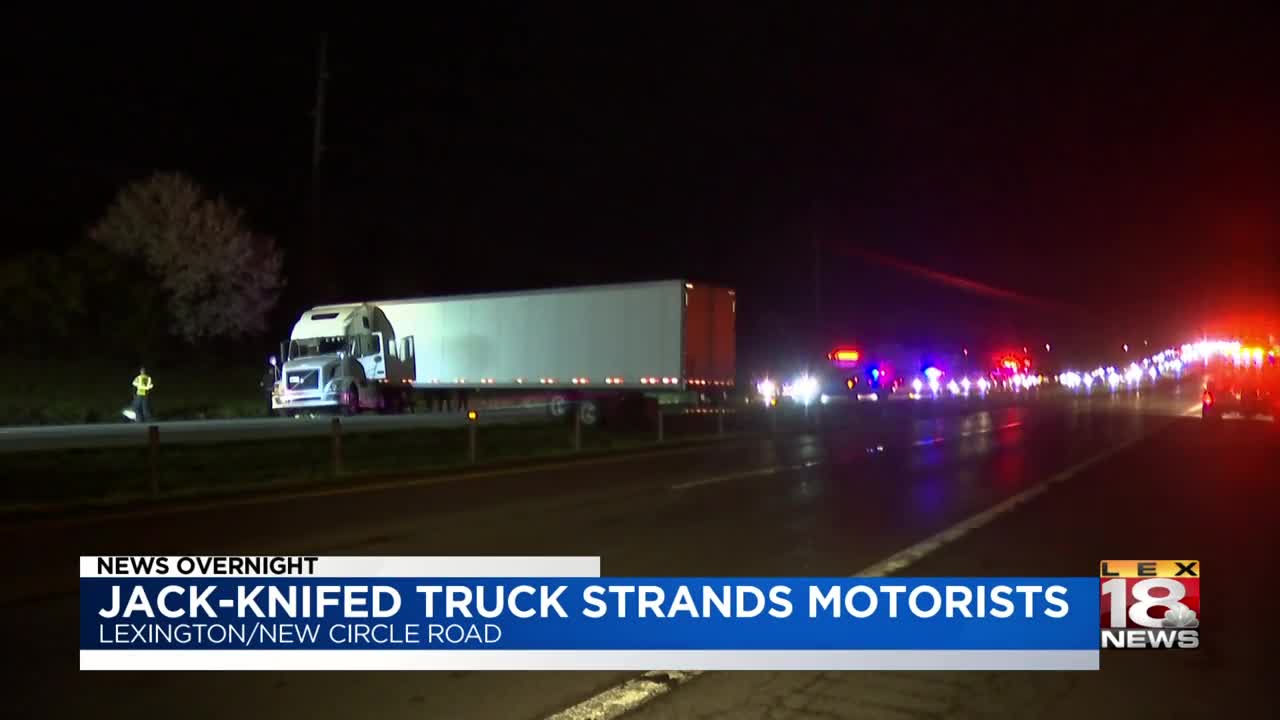 LEXINGTON, Ky. (LEX 18) — Police arrested and charged the driver of a semi driver with driving under the influence after a jack-knifed truck blocked New Circle Road overnight.

Authorities said traffic came to a standstill on New Circle near Nicholasville Road just after midnight when the jack-knifed semi blocked both lanes.

Officials said the driver left the area but was found nearby and arrested on suspicion of driving under the influence. Police did not immediately release the driver’s name.

The road was blocked for about an hour before crews were able to clear the roadway.