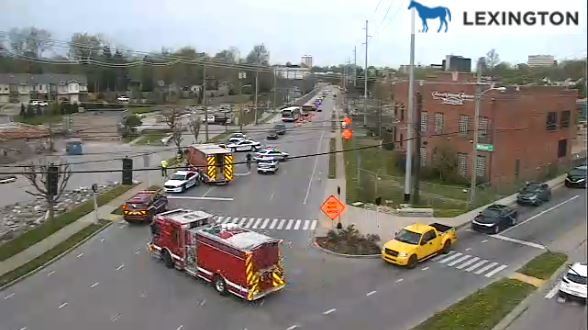 LEXINGTON, Ky. (LEX 18) — Emergency crews were on the scene Saturday morning after a truck hit a utility pole and flipped on Lexington’s near east side.

Officials said the vehicle left the roadway about 10 a.m. at Midland and Winchester avenues.

Police said the driver was able to get out of the vehicle and did not appear to be badly injured.

Officials said people in the area who saw the crash helped flip the truck back over.

The utility pole that was hit didn’t fall, officials said.

Third Street where it meets Midland and Winchester was blocked while crews worked to clear the scene.