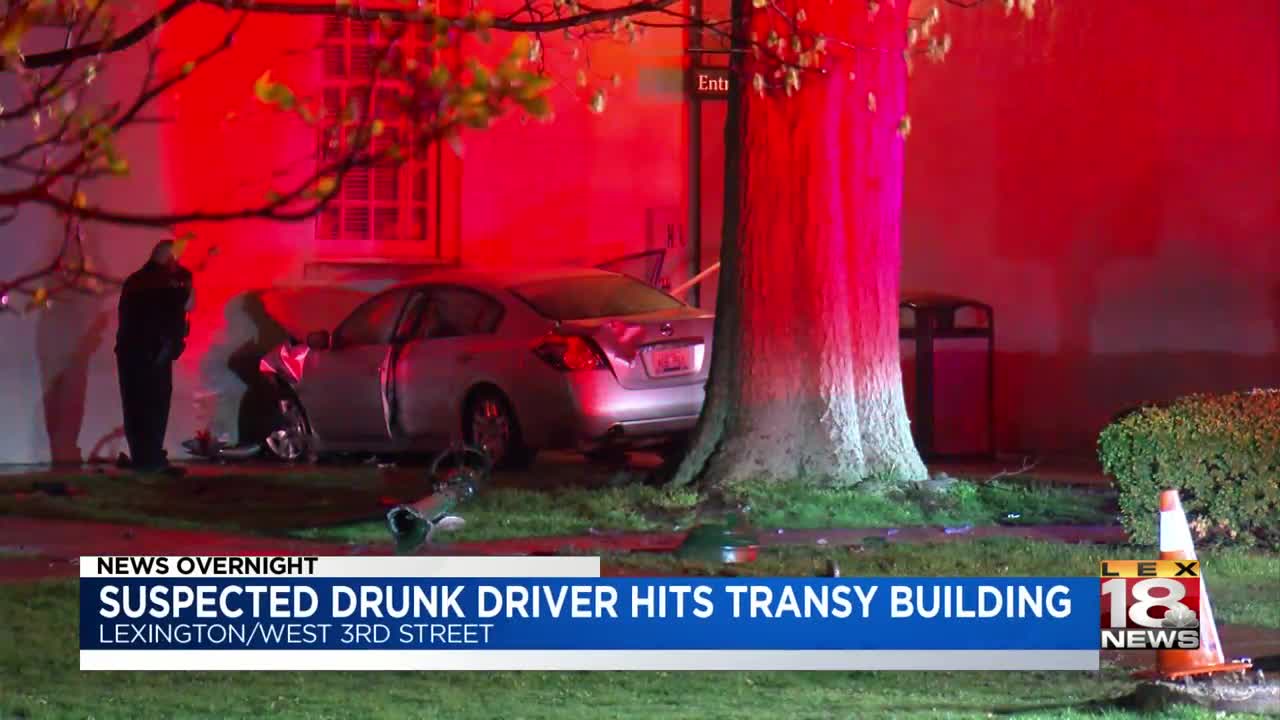 Police said the car was traveling the wrong way down Mill Street, when it ran across Third Street, hit a light pole, and then smashed into the old Morrison Administration Building.

A man and woman in the car were taken to an area hospital for treatment.

Police said the driver is expected to face charges of driving under the influence.