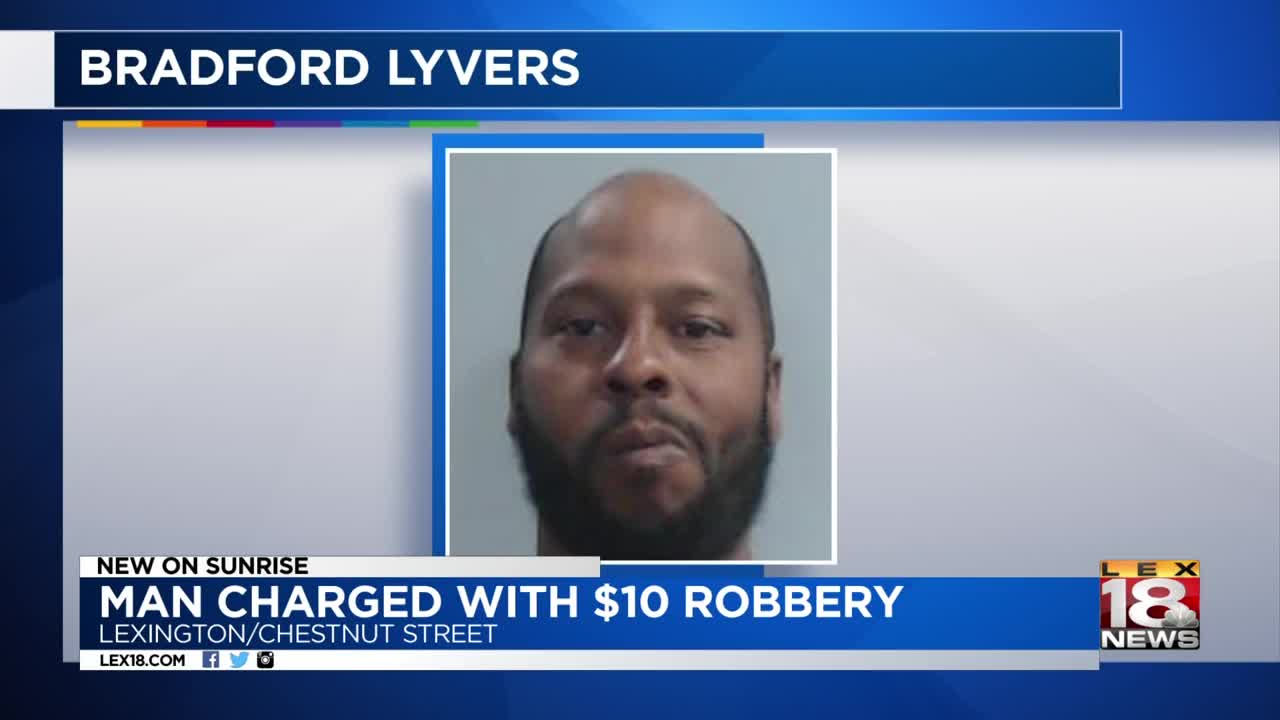 LEXINGTON, Ky. (LEX 18) — A Lexington man is in jail facing up to 20 years in prison after police accused him of attacking a woman to get $10.

Court records say 44-year-old Bradford Lyvers of approaching a woman Friday evening as she was getting out of her car on Chestnut Street and demanding money.

Police say Lyvers then punched the woman in the face and began choking her, before snatching $10 out of her hand.

Lyvers was charged with first-degree robbery.