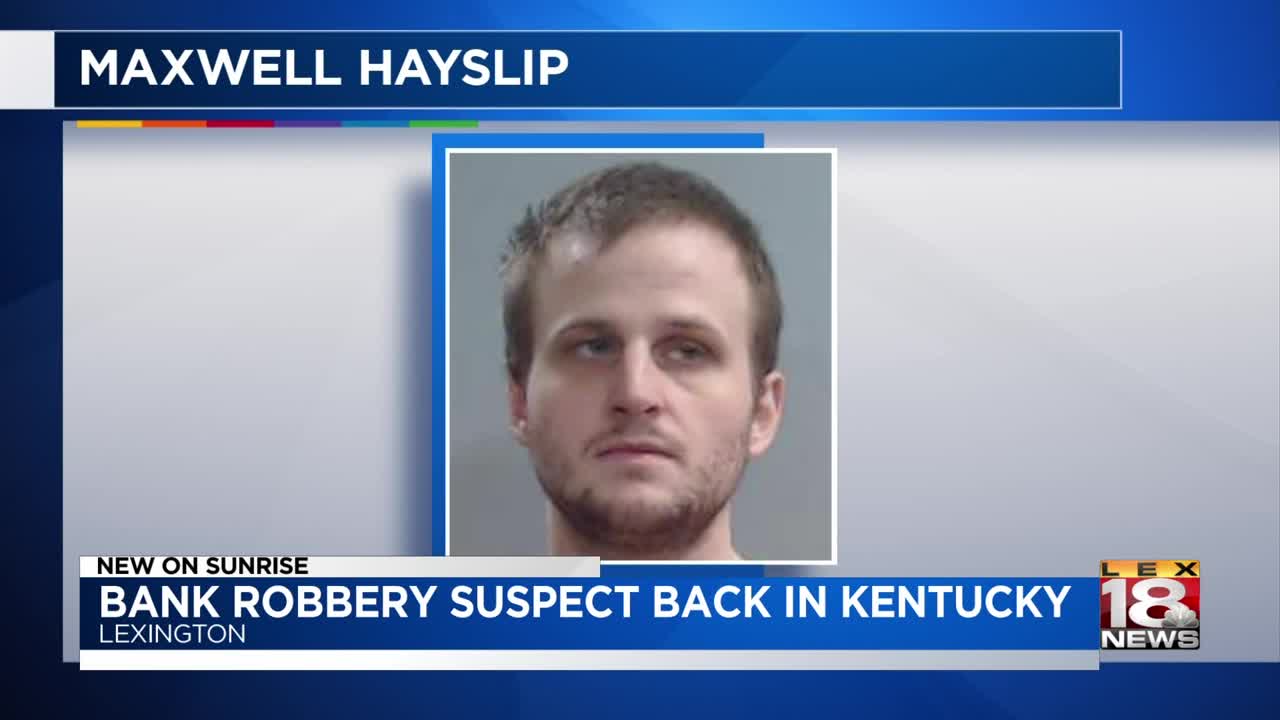 LEXINGTON, Ky. (LEX 18) — A man accused of robbing a Lexington bank last year has been returned to Kentucky to face criminal charges.

Authorities say Hayslip gave a bank teller there a note demanding money and threatening the teller’s life if they did not comply.

Police say Hayslip got away with more than $2,600.

But Hayslip was arrested the next day in Huntsville, Alabama, where he was found passed out in a car wearing the same clothes.

Police say they also found the note used in the robbery and about $2,100 of the stolen cash.

On Friday, Alabama authorities turned Hayslip over to Lexington officials.

Hayslip was charged with second-degree robbery.