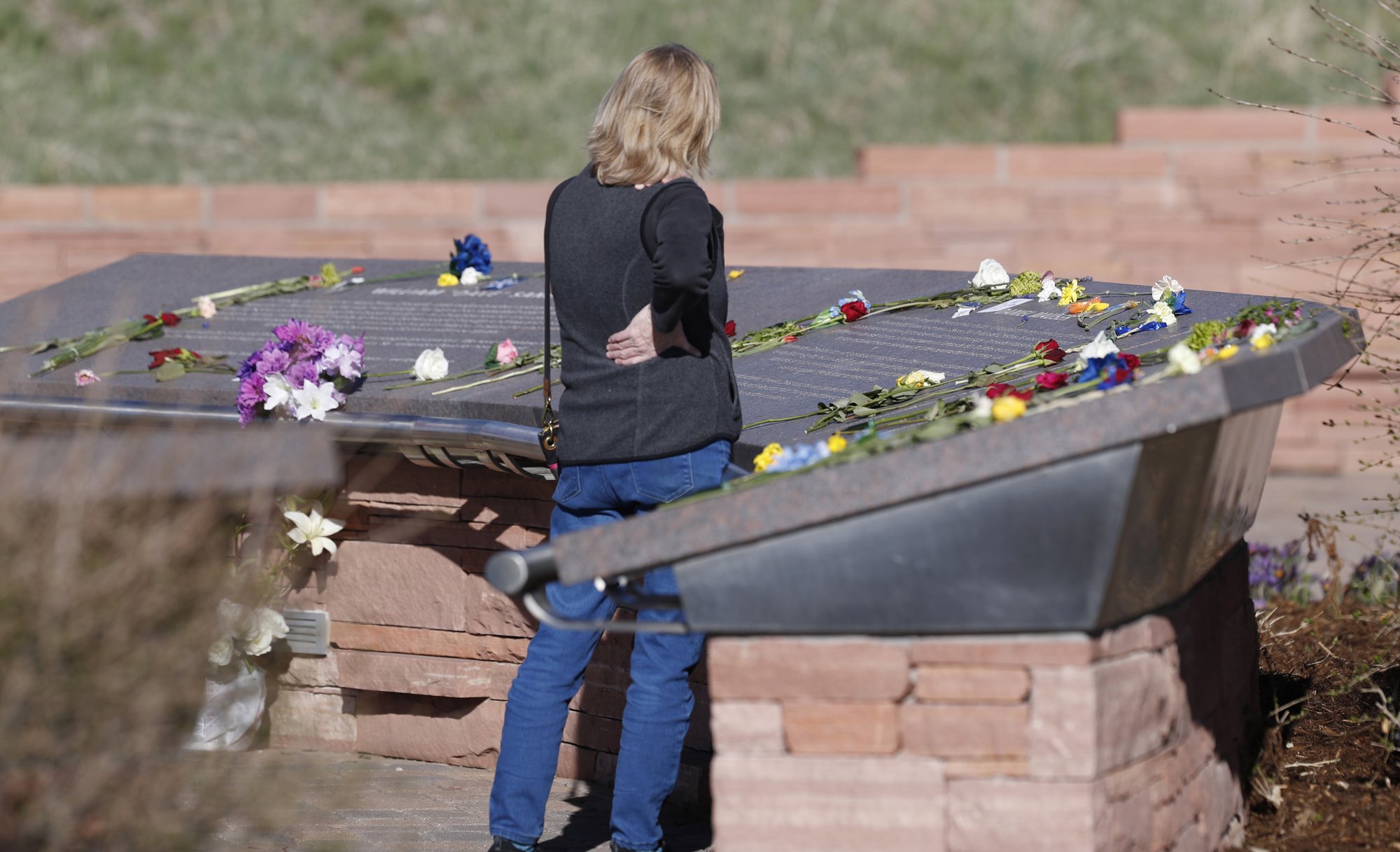 LITTLETON, Colo. (AP) – The Latest on events commemorating the 20th anniversary of the Columbine school shooting (all times local):

Those affected by the Columbine shooting are speaking openly and emotionally about their struggles and advances since 12 students and a teacher were killed 20 years ago.

Patrick Ireland became known as “the boy in the window” when cameras caught him dangling from a second-story window before falling during the 1999 school shooting. He was partially paralyzed and had to re-learn how to walk and speak. During a remembrance ceremony on the 20th anniversary of the school attack Saturday, he said that no one who was in the school or the surrounding community was unscathed. He said those affected need to persevere to help positively impact other people’s lives.

Dawn Anna’s daughter Lauren Townsend was killed. She said the only secret to surviving such a loss is that there is no secret and that healing takes work. But she said those who lost loved ones have also become stronger in some ways and have tried to help others and feel for other families suffering because of other shootings.

People are gathered in suburban Denver for a remembrance ceremony honoring the victims of those killed in the Columbine High School shootings 20 years ago.

Saturday’s ceremony near the school ends a three-day slate of somber gatherings honoring the victims and lending support to survivors, the school and victims’ families.

Speakers stressed the strength and change that came out of the tragedy. To symbolize that, artist Makoto Fujimura presented a 17th century Japanese tea bowl that was broken but then mended with gold, making it better and more beautiful.

Pastor James Hoxworth urged anyone who was still struggling because of the shooting to reach out for help.

A steady stream of people are visiting a memorial to the 13 people killed at Columbine High School 20 years ago ahead of a remembrance ceremony in suburban Denver.

Visitors left dozens of single flowers along with cards and seed packets for columbines, the Colorado state flower, on the inner circle of the memorial Saturday.

Sheriff’s deputies patrolled the area on foot and by bike on a warm day as little league games went on at nearby fields.

Saturday’s events in the suburban area surrounding Columbine end a three-day slate of somber ceremonies honoring the victims and lending support to survivors, the school and victims’ families.

This week brought a new burden as federal authorities led a manhunt for a Florida teen “infatuated” with the shooting. She was discovered dead in an apparent suicide Wednesday in the foothills west of Denver.

A Colorado community is marking the 20th anniversary of the attack on Columbine High School that killed 13 people and injured 24 others with community service projects and a remembrance ceremony.

Saturday’s events end several days of memorial events in the suburban community surrounding Columbine, remembering those killed and lending support to their families, survivors of the attack and the school’s students and staff.

The days surrounding the anniversary remain emotionally fraught for survivors of the attack, including those without physical wounds.

This week brought a new burden as federal authorities led a manhunt for a Florida teen “infatuated” with the shooting. The young woman flew to Denver on Monday and purchased a shotgun.

She was discovered dead in an apparent suicide Wednesday in the foothills west of Denver.