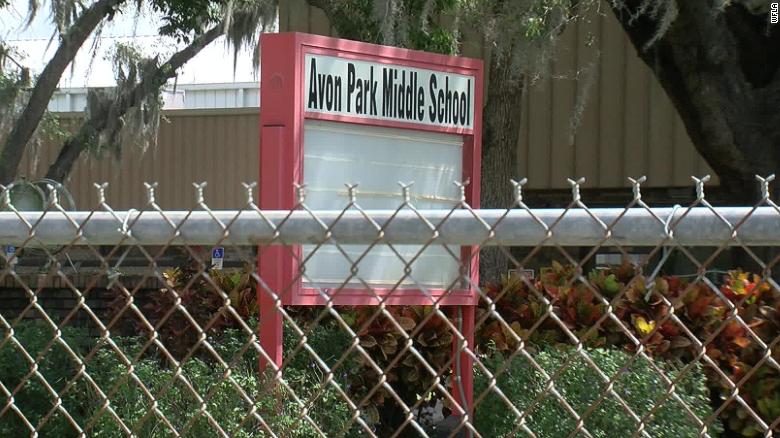 (CNN) – Two 14-year-old girls in Florida have been arrested after a teacher discovered their plans to kill nine people, sheriff’s reports say.

The Highlands County School Board confirmed in a statement to CNN that two Avon Park Middle School students were taken into custody Wednesday for “a possible plan to harm others off campus,” but declined to offer additional details, citing the ongoing investigation.

Avon Park is about 80 miles south of Orlando.

A teacher saw the two girls acting “hysterical” while they searched for a folder in her classroom, according to the girls’ arrest reports from the Highlands County Sheriff’s Office.

The girls were concerned that they could be arrested, the teacher told police, and one of them said, “I’m just going to tell them it’s a prank if they call me or if they find it.”

The teacher found the folder and a letter inside that mentioned “guns,” the arrest reports said.

Inside were eight pieces of paper, the reports said. They contained written plans to obtain guns, kill nine people and remove and dispose of the bodies.

“Whether it’s in print or something that we say, it matters, and we are held accountable for those words,” he said.