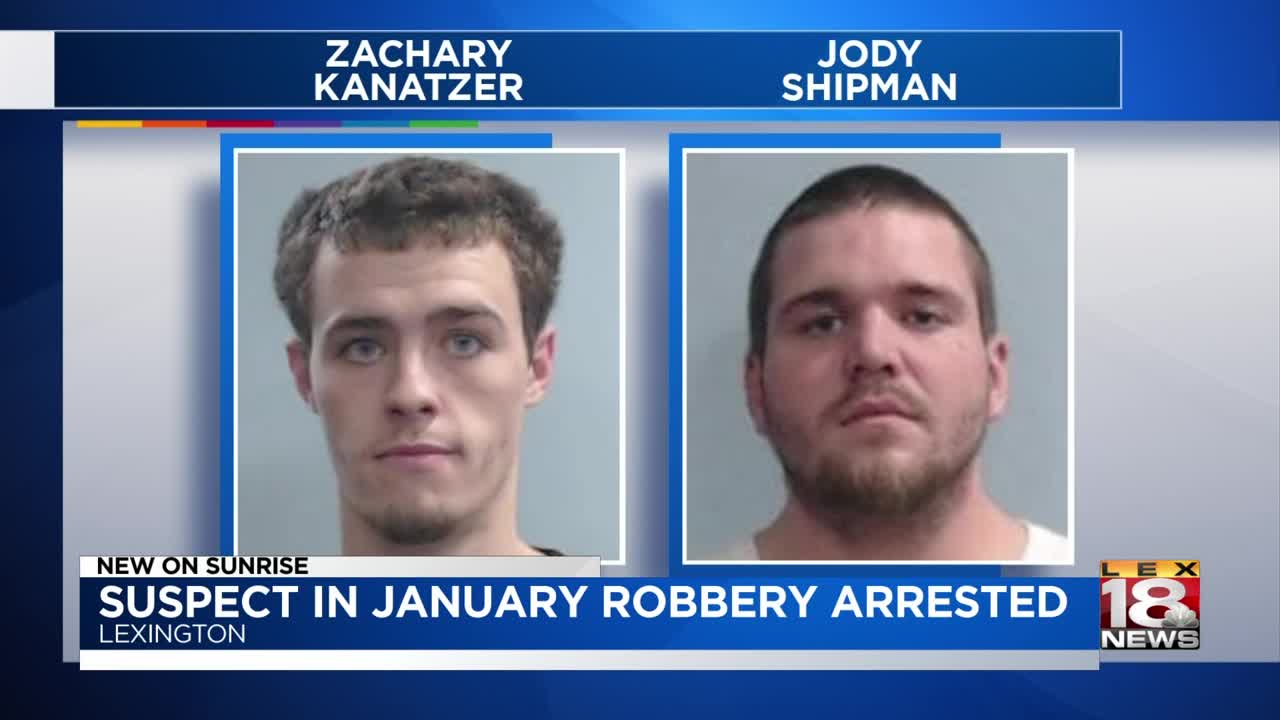 LEXINGTON, Ky. (LEX 18) — Lexington police have arrested a second suspect in the robbery of a woman outside her off-campus apartment.

In January, the woman reported to police that two men threatened her with a screwdriver and stole her car.

According the arrest warrant, Kanatzer was given up by his co-defendant, Jody Shipman, who was arrested in February.

Shipman was arrested after police said he was spotted using the victim’s credit cards.

Shipman also is charged with a carjacking in the St. Joseph Hospital parking garage back in Februrary.