Cast of “Saved by the Bell”Alamy Stock Photo

LOS ANGELES (TODAY) – Some friendships can withstand the test of time — even if they were forged primarily on-air. Nearly 30 years after their popular show aired on NBC, the cast of “Saved by the Bell” still finds time to get together and catch up.

Zack Morris, aka Mark-Paul Gosselaar in real life, shared a photo on Twitter of most of the original cast dining at Petit Trois, a trendy French restaurant in Los Angeles. 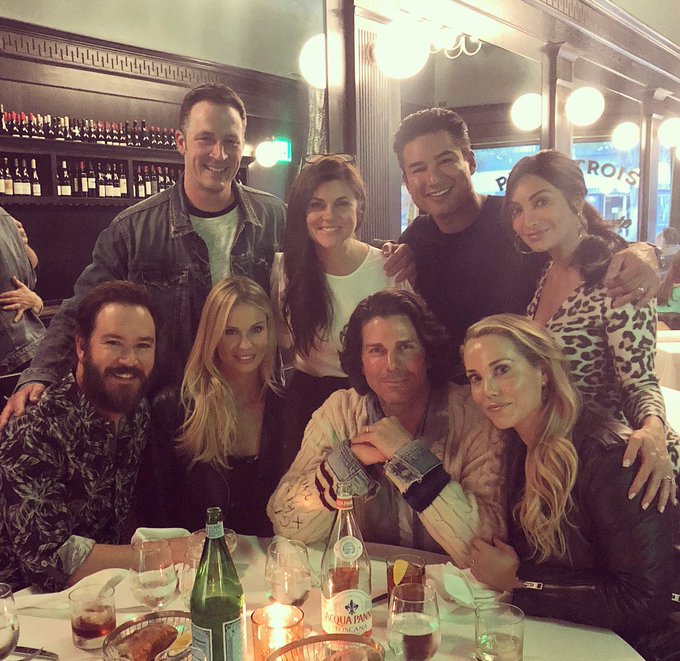 Despite differing career paths, family commitments and time constraints, the former students of Bayside High seem to enjoy the time they spend with each other. Lopez and Thiessen found time to reconnect at an event in July 2017, and back in January, Gosselaar and Lopez snapped some selfies on the set of “Extra,” which Lopez hosts.

Can we count on a real, on-air reunion though? After re-creating a “Saved by the Bell” scene back in 2015 with Jimmy Fallon, Berkley told the late-night host that she wouldn’t mind heading back to class with Zack and the crew, but that it wasn’t likely.

“If something else presented itself that was as intelligent as the way Jimmy did it, I’m not saying we wouldn’t consider [it],” she said.

At the end of the night, even friends in Hollywood have trouble splitting the bill! Lopez, who posted about the gang’s fun night on Instagram, said they “ate an obscene amount of food,” but “now it’s time to play credit card roulette for the bill.”

No word on who ended up footing the check …