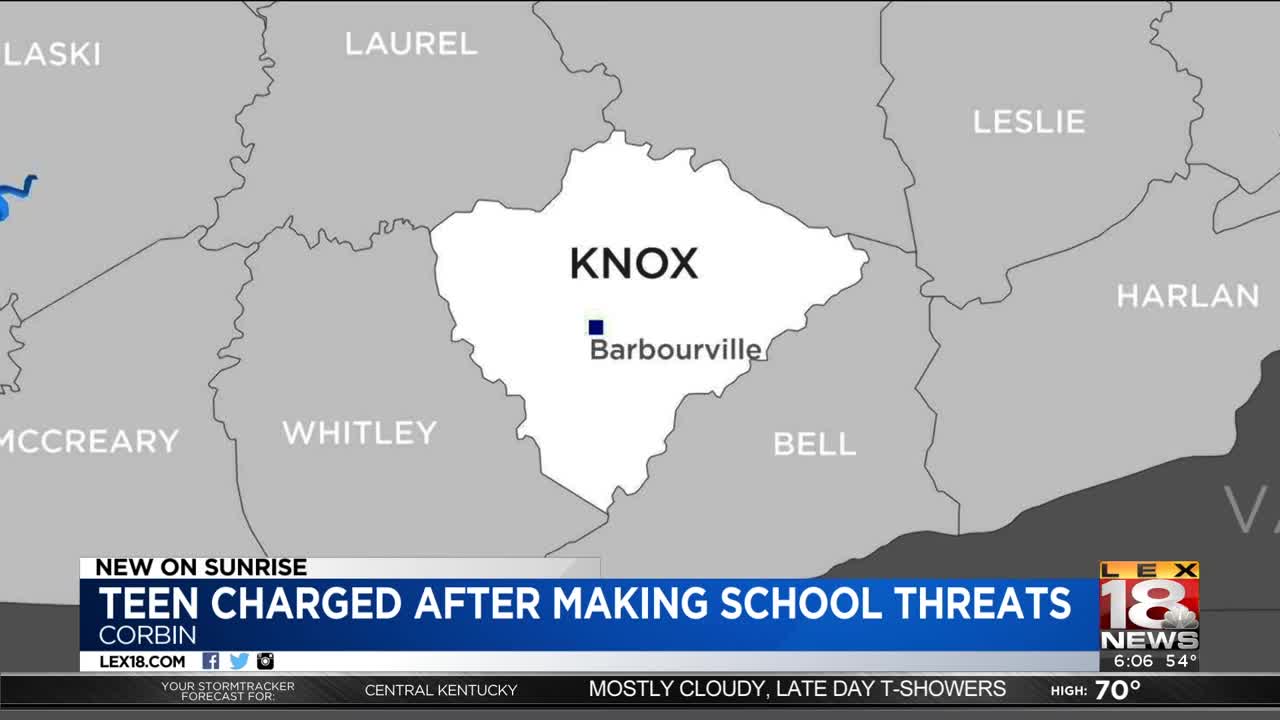 KNOX COUNTY, Ky. (LEX 18) — A teenager is facing charges after being accused of threatening to shoot students at Lynn Camp High School in Knox County.

Police say a concerned parent tipped them off to the alleged threat.

Authorities said that during an interview the teenager acknowledged making threats to harm multiple fellow students.

The teen was arrested and charged with terroristic threatening.