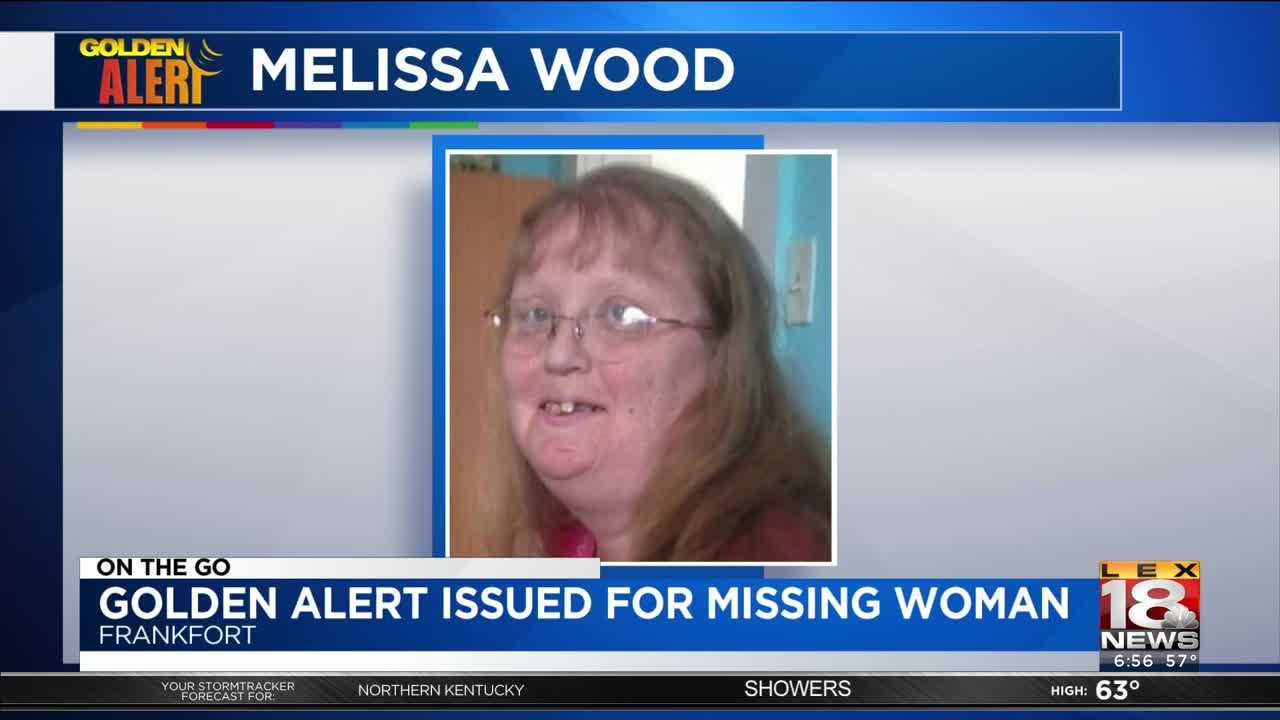 FRANKLIN COUNTY, Ky. (LEX 18) — Authorities in Franklin County cancelled a Golden Alert on Friday morning after a woman with Down syndrome was found safe.

Earlier, officials said Melissa K. Wood has been missing since about 2 p.m. Thursday.

They said she last was seen on Old Dailey Avenue in Frankfort.

Authorities were especially concerned because Wood has Down syndrome, diabetes and multiple psychological issues.