LAUREL COUNTY, Ky. (LEX 18)– The commander of a veterans organization in Laurel County tells LEX 18 that she may have to close its doors after a series of burglaries wiped out most of the organization’s funds.

Candace Morgan is the commander of AmVets Post 127. She says she feels like she has been stuck in a vicious cycle over the last six weeks.

“As soon as I would be able to pull an event together to try to pull us out of the hole, all of a sudden he would hit us again,” said Morgan.

Police tell LEX 18 that the man responsible is 48-year-old Lawrence Mullis. Mullis was arrested and charged Wednesday with two counts of burglary. He allegedly stole two safes with thousands of dollars inside.

“We also found a fishing rod and reel that was meant for a raffle at the AmVets, and a dollar change machine and other items,” said Deputy Gil Acciardo of the Laurel County Sheriff’s Office.

He could face additional charges over the three other break-ins at Post 127, which are currently under investigation.

Mullis’ girlfriend, Rebecca Bates, spoke with LEX 18 from jail. She said the charges against her of receiving stolen property are “trumped up” and that she had no idea what Mullis may have been up to.

Morgan said that she believes there is no way Mullis did this alone, whether it was with help from his girlfriend or someone else. The AmVets member who originally brought Mullis to Post 127 for a social gathering during business hours has not been identified. 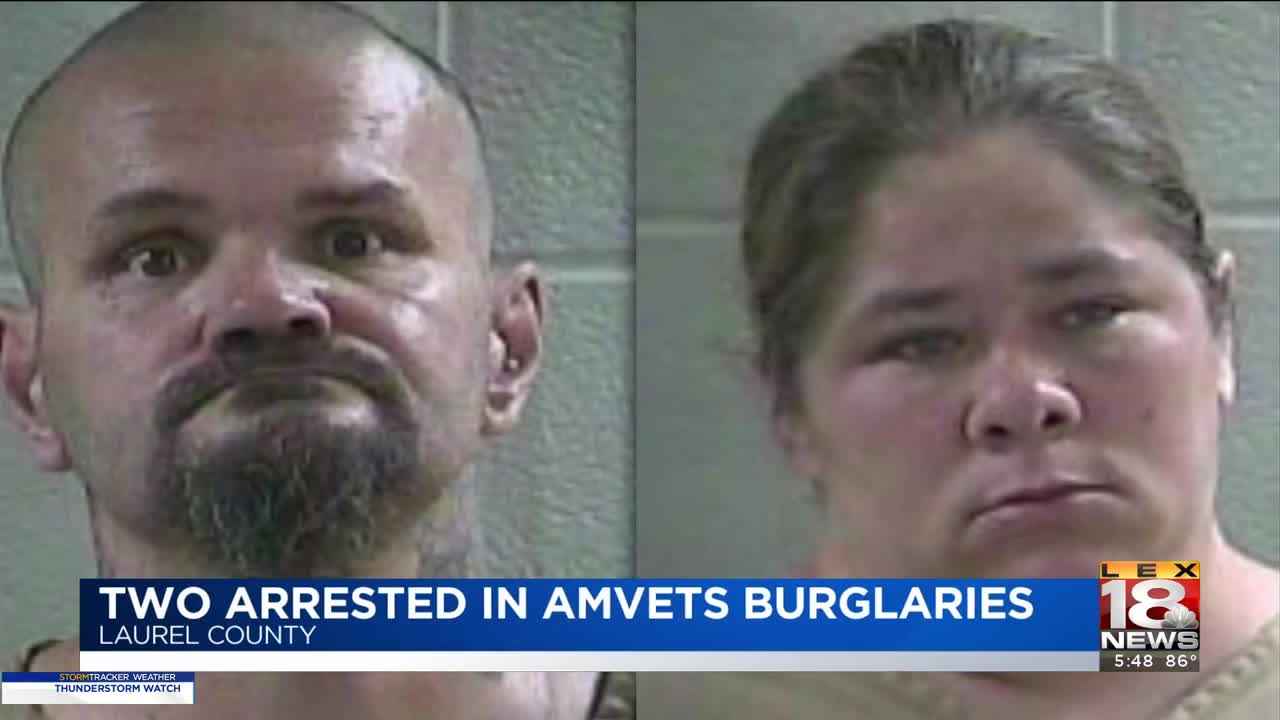