The paint scheme will be on LaJoie's car for nine races 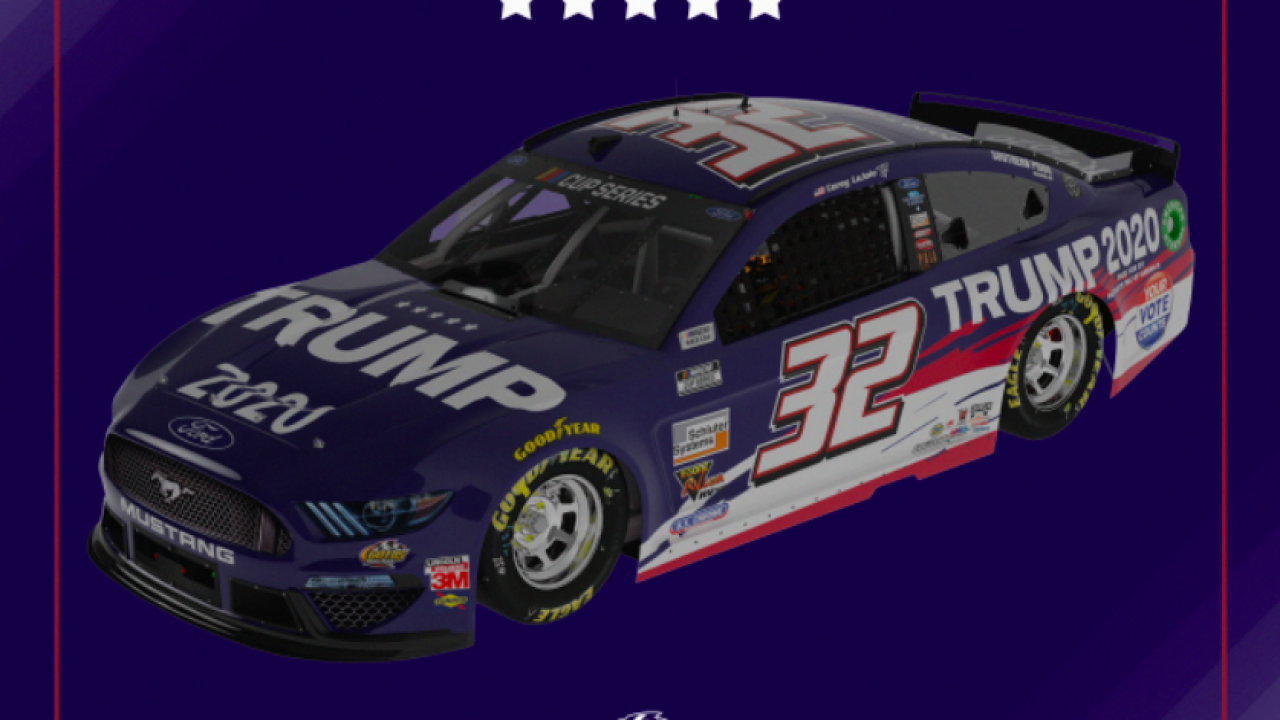 Beginning Sunday, NASCAR's Corey LaJoie's car will have a "Trump 2020" design painted on the hood.

LaJoie's team Go Fas Racing tweeted a picture of what the car will look like when it takes to the track at the Brickyard 400 in Indianapolis.

NEWS: Patriots of America PAC partners with GFR, for nine races in 2020 season. @CoreyLaJoie will debut this patriotic red, white, and blue scheme at @IMS this Sunday. pic.twitter.com/BojiLaYIxD

In a statement on Wednesday, Go Fas Racing owner Archie St. Hilaire announced they are partnering up with pro-Donald Trump Political Action Committee Patriots of America PAC in the paint scheme.

"I am honored to be part of the President's re-election campaign through the Patriots of America PAC," St. Hilaire said in the statement. "As a Trump 2020 supporter, this team will do everything possible to secure victory on and off the track electing President Donald Trump to a second term. Let us bring this country back and Keep America Great!"

Fellow NASCAR racer Bubba Wallace has been driving with a Black Lives Matter paint scheme on his car, while another racer Kyler Weatherman's car was adorned with a "Thin Blue Line" flag on it.

LaJoie will race with the "Trump 2020" paint scheme for nine races.