Sen. Rand Paul claims protesters who confronted him were 'paid' to be there, offers no evidence 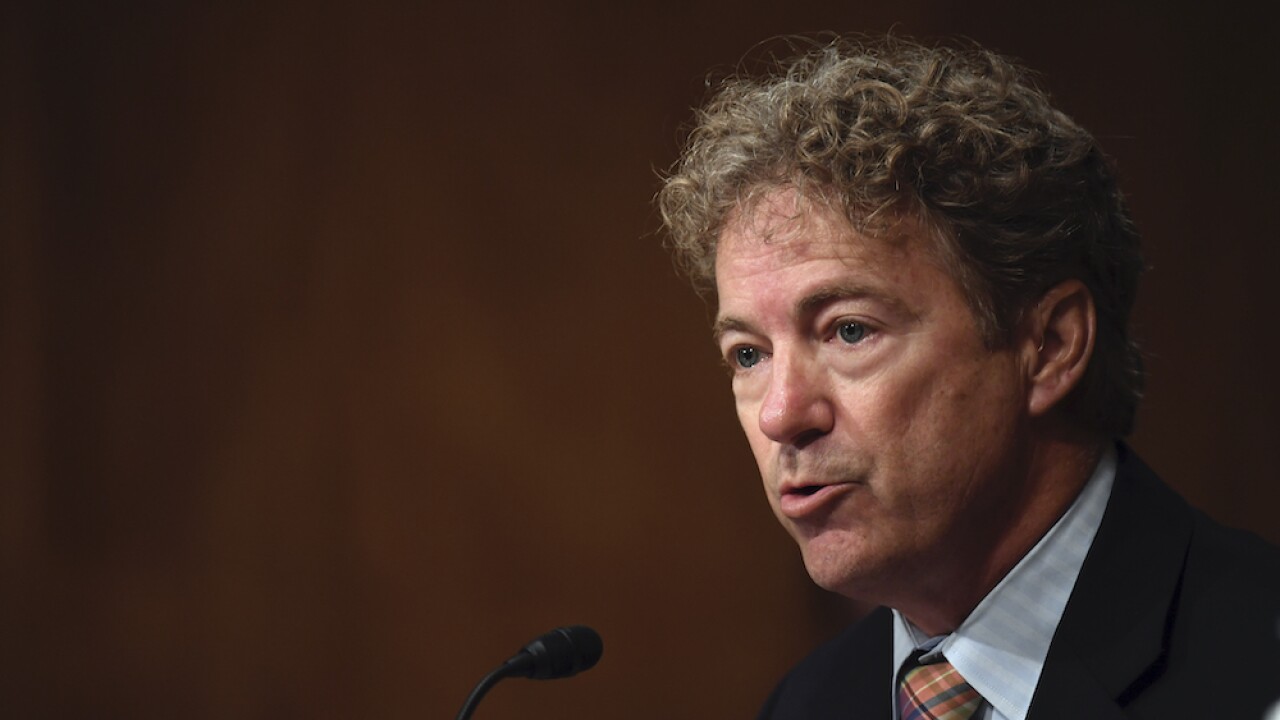 WASHINGTON — Hundreds of demonstrators gathered around the White House for a “noise demonstration and dance party” to try to drown out President Donald Trump’s speech accepting the Republican presidential nomination.

Later, a crowd enveloped U.S. Sen. Rand Paul of Kentucky as he left the convention and demanded that he acknowledge police shooting victim Breonna Taylor.

The crowd surrounded Paul as he returned to his hotel in Washington after attending Trump's address at the White House. Video shared on social media shows some protesters shoving police officers escorting Paul as others yell at him to "say her name."

Rand Paul just got chased by a crowd back to his hotel, after leaving the White House from Trump’s Republican Party Nomination #DC #DCProtests pic.twitter.com/h1kPcZG1jh

In a Fox News interview Friday morning, Paul called the incident "horrific," and said that he believed he would have been maimed or killed had it not been for the police.

During the interview, Paul also floated a conspiracy that the protesters had been "paid" to be there, claiming without evidence that their presence in D.C. was the result of "intestate criminal traffic across state lines."

"We're going to find out that these people are hired to be here and are from out of town," Paul said.

In terms of calling for justice for Taylor, Paul pointed to his record of criminal justice reform — including a bill he introduced in June that would stop the use of no-knock warrants like the one that resulted in Taylor's death.

"The irony is lost on these idiots," Paul said. "...these people were unhinged."

Just got attacked by an angry mob of over 100, one block away from the White House. Thank you to @DCPoliceDept for literally saving our lives from a crazed mob.

There was no indication Trump heard the protesters as he delivered his speech from the White House's South Lawn on Thursday night.

But there were a few points when a mix of sirens, music and blowhorns could be heard in the background and spectators in the back turned to see where the sounds were coming from.