At least 40 arrested during Poker Run on Lake Cumberland 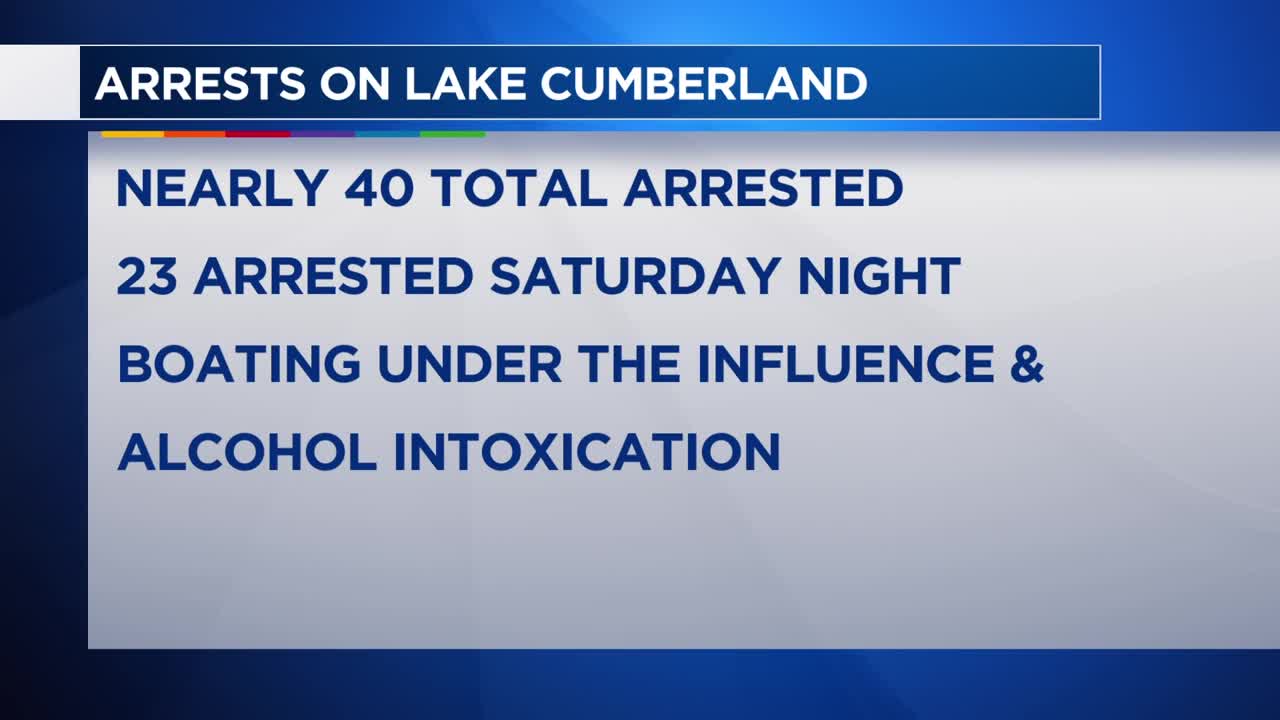 LAKE CUMBERLAND, Ky. (LEX 18) — At least 40 people were arrested over the weekend by Fish and Wildlife officers during Poker Run on Lake Cumberland.

23 of those people were arrested Saturday night on a variety of charges - including boating under the influence and alcohol intoxication.

One of those arrests included a 53-year-old from Louisville, who was arrested for possession of cocaine and other charges.

No boating accidents were reported, but the Monticello Wayne County 911 communications center reported a couple of incidents on the lake Saturday.

In one incident, a person ended up having to go to the hospital. There has been no word on that person's condition.