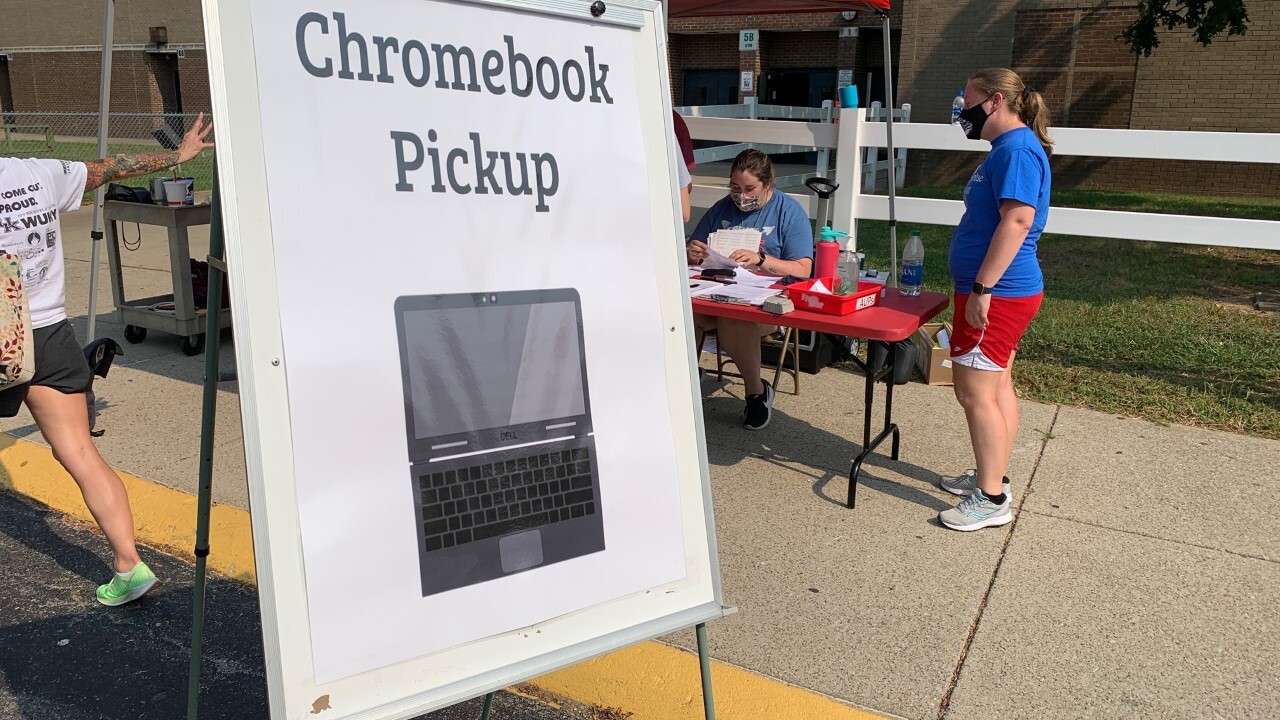 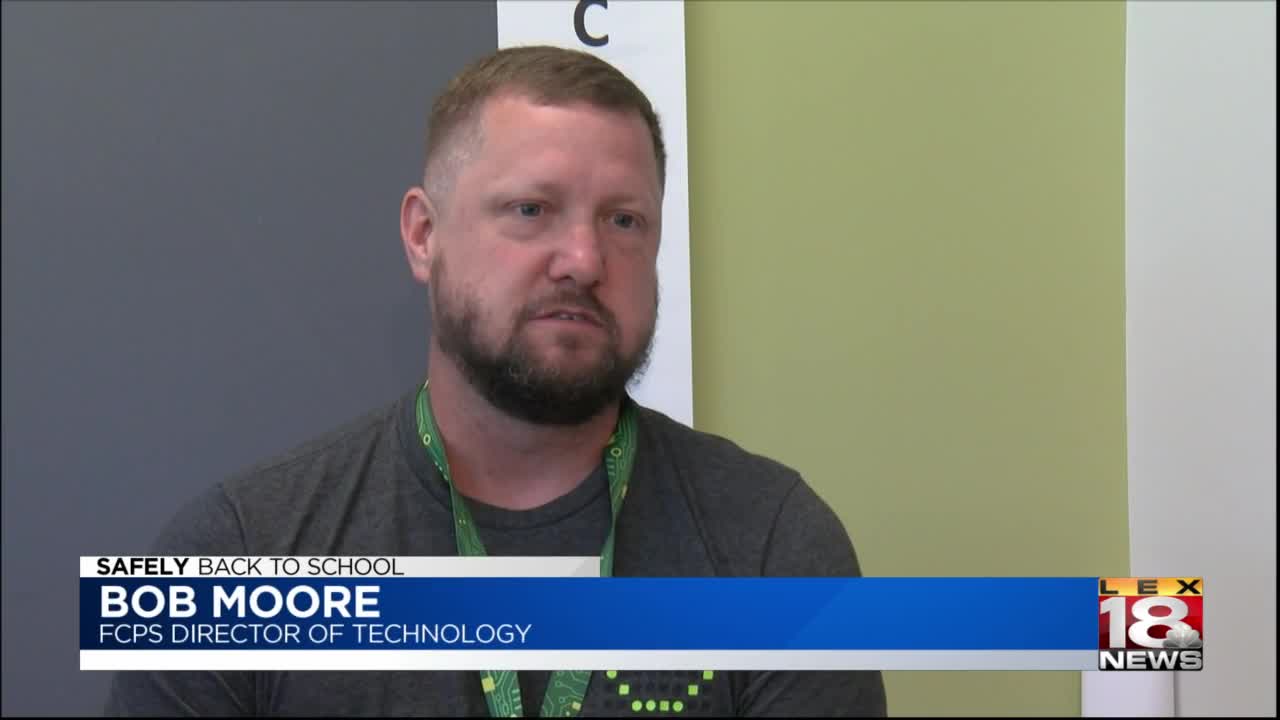 Paul Laurence Dunbar High School Principal Betsy Rains said her school did all they could to ensure anyone who needed a Chromebook could obtain one at their pick-up line before school started.

"We were pulling them from everywhere,” she said. “From teachers who had them, and weren't using them to, you know, in the library we had extras. So, we've just been pulling Chromebooks from everywhere we could find them."

FCPS Technology Director Bob Moore said his team worked since the spring to try to acquire more, but a mix of waiting for funding and a national Chromebook shortage caused some students to start the year online without one.

"We expect about 3,000 devices between now and the end of next week," Moore said. "Assuming that the supply chain comes through from the manufacturer or distributor vendor to us. And so with that, with those devices, we'll be able to take care of all of the elementary schools get them fully one-to-one and take care of a few other needs at the high school and middle school level. The remaining about eight to 9,000 will come in over a period of weeks, throughout September, and then maybe into the beginning of October for some of the orders."

Due to the shortage, Rains asked families at her school to refrain from taking a Chromebook yet if they have adequate devices at home.

"So we've asked families, and if they don't need it, they're not taking it and that has been overwhelming with our families they've all been just, you know, 'I don't need one right now,' 'We'll leave those for the families who do need them.'” She said. “And we also have the hotspots that we're giving out to families who need those hotspots and some families are pulling up and they're saying, you know, ‘I don't need that hotspot either so give that to someone else.’"

Moore said he and his technology team took the cues from schools in the district as those teachers and administrators know the families best.

"They may know that they have 30 students that have no device at home,” he said. “And so we're really trying to focus on those needs at the elementary level, to make sure that we get those devices from one place to another, and into the hands of the students that do not have devices at home."

The district emphasized students will not be penalized for not having adequate technology during the first few weeks of school. Instead, it will do all they can to work with every child.

For those in FCPS who have the Chromebooks and/or the internet hotspots, the district has a Technology Help Desk hotline from 8:00 a.m. to 8:00 p.m. Monday through Friday. Parents and students can reach them at 859-381-4410.

"Technology is a great tool. And it's challenging in the current environment that we're in. But more important than technology is the relationships that students build with their teachers the students build with each other," Moore said. "We really need to work with those technology tools to maintain those connections as much as possible. We can't let technology isolate us from each other, and so they really need to try to do their best to stay connected in whatever way possible with their fellow classmates, and with their teachers."