Gov. Beshear defends urging delay for in-person classes: 'I don't believe that we gamble or experiment with our kids' 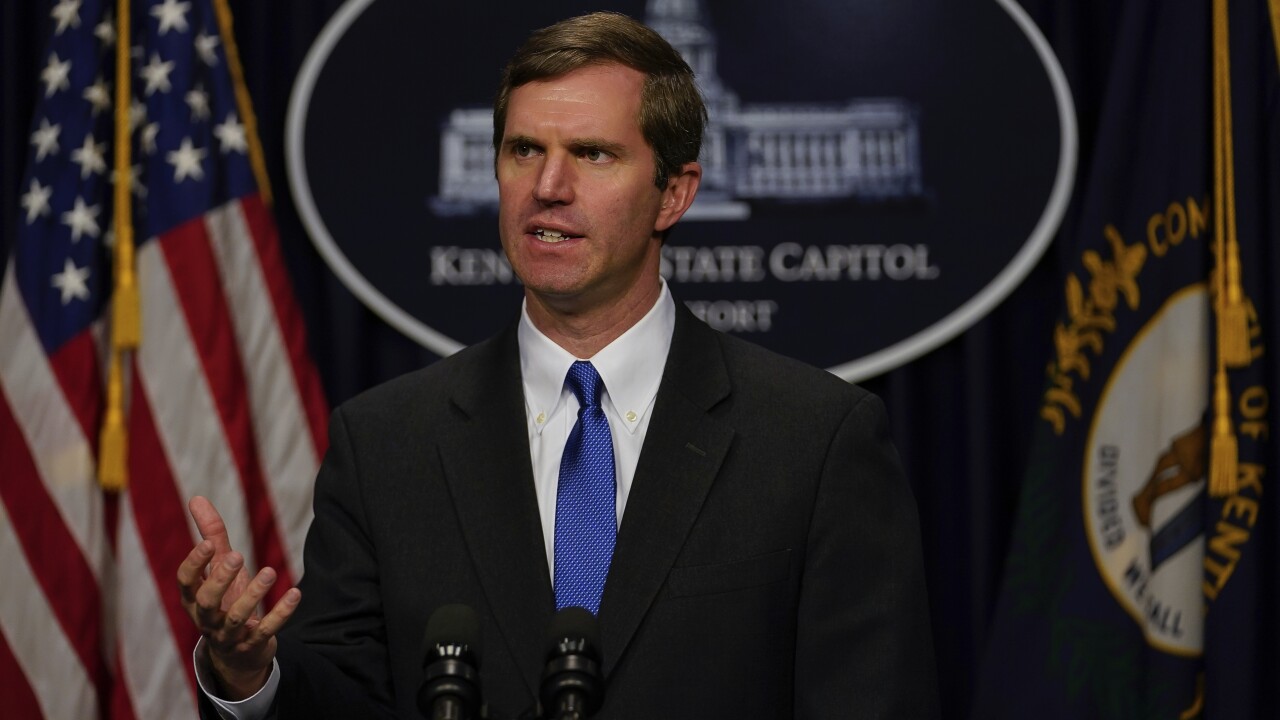 Bryan Woolston/AP
FILE - In this Feb. 19, 2020 file photo Kentucky Gov. Andy Beshear speaks to the press at the Capitol in Frankfort, Ky. Beshear says protesters who hung an effigy of him were trying to use “fear and terror" to force their will on others. The Democratic governor on Tuesday, May 26, 2020 referred to the protesters as a mob. He said he won't back down as he condemned the rally that spread to where his children play at the Governor’s Mansion. (AP Photo/Bryan Woolston)

FRANKFORT, Ky. (AP) — Gov. Andy Beshear said Wednesday he wants to spare Kentucky from the risks of reopening schools too soon, defending his call for districts to delay the resumption of in-person classes and gain more time to get the coronavirus under control.

To make his point, the Democratic governor pointed to a Georgia school district that quarantined more than 900 students and staff members because of possible exposure to the coronavirus.

“I don’t believe that we gamble or experiment with our kids,” Beshear told reporters. “And while we are all desperate to get our kids back (in school), I also want it to work.”

Beshear urged patience as Kentucky posted a record-high number of COVID-19 cases, though the report was inflated by cases from previous days that were compiled after a recent computer glitch. But he acknowledged that the coronavirus “is as hot as a firecracker in Kentucky.”

On Monday, Beshear recommended that schools wait until Sept. 28 to resume in-person classes. Beshear, the father of two children, has called it a tough but necessary step.

“All we’re asking right now is one month,” the governor said Wednesday. “One month to not make mistakes with the health of our children, their parents or their teachers.”

Even before his recommended delay for in-person classes, many Kentucky districts had already announced they would start the new academic year with virtual instruction only.

But not all schools are planning to follow the governor’s guidance. Catholic schools in Kentucky have signaled they will begin face-to-face instruction next week, news outlets reported.

Beshear said he disagrees with their decision and hopes they reconsider. He warned that the virus spreads so quickly that it can overwhelm even the best plans for reopening.

Beshear urged patience in resuming in-person classes as he reported 1,163 virus cases statewide Wednesday, a one-day record in Kentucky. The daily number, however, was inflated by a computer snafu that resulted in artificially low numbers of cases reported earlier in the week. The Bluegrass State is approaching 37,000 cases since the pandemic began.

Beshear has taken several recent steps to try to contain the virus, including his requirement that most people wear masks in public. But the 1,000-plus new cases show that “we simply need more time to make sure we can get this virus under control” before schools reopen, he said.

Kentucky’s positivity rate — a rolling figure reflecting the average number of tests coming back positive for COVID-19 — dropped to 5.62%, he said. But that rate needs to be much lower, he said.

The governor reported that 683 people are hospitalized in Kentucky because of the virus, including 143 in intensive care. Ninety-five patients of those patients are on ventilators.

For most people, the new coronavirus causes mild or moderate symptoms, such as fever and cough that clear up in two to three weeks. For some — especially older adults and people with existing health problems — it can cause more severe illness and be fatal.