How will school work for students with special needs? Some parents are still unsure 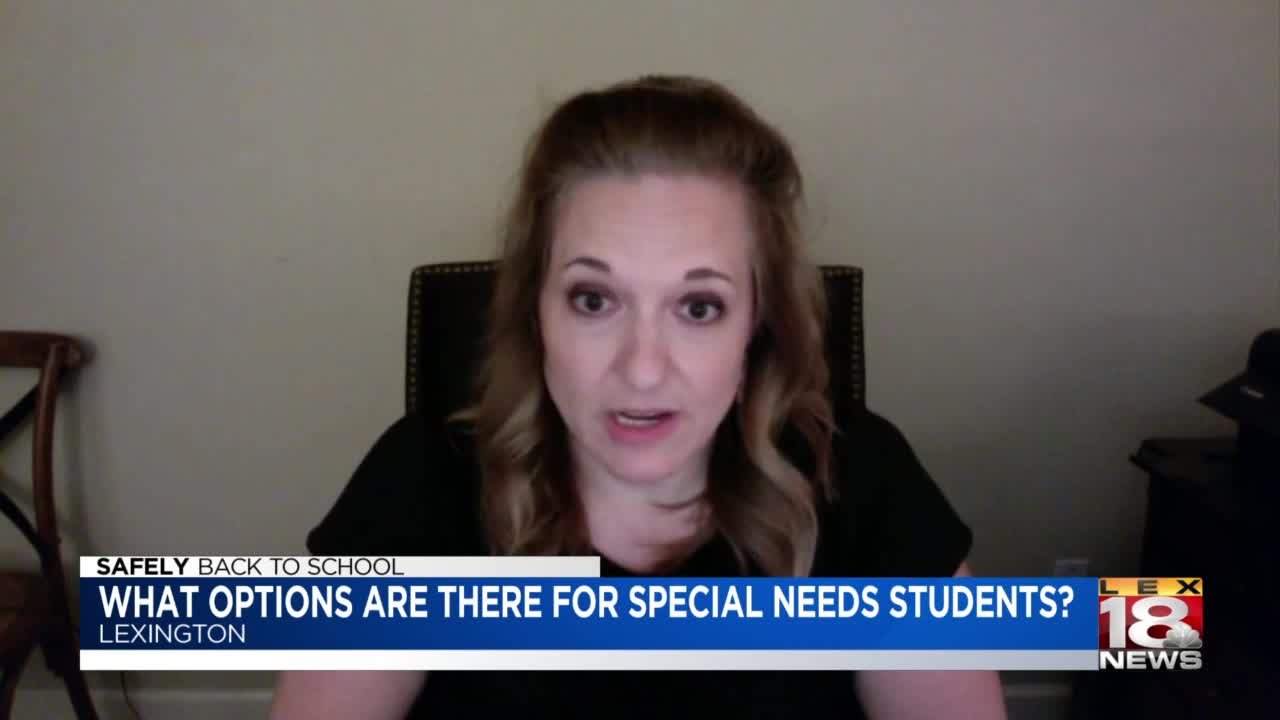 LEXINGTON, Ky. (LEX 18) — As students prepare to return to class in the upcoming weeks, some parents of children with special needs are still waiting to find out how the year will work for their kids.

Jennifer Lloyd’s 19-year-old son Adam has cerebral palsy and a developmental delay. Lloyd said switching to non-traditional instruction in March was challenging to the point where they couldn’t accomplish any school work.

“We had zero luck. We just weren’t able to do it. We weren’t able to carry it out,” Lloyd said. “We spent all of our time just trying to keep him happy so there wasn’t much time to really concentrate on trying to provide the instructional services to him.”

Lloyd explained maintaining a routine is crucial to the quality of life of her son. Not only does the school provide them with educational assistance, but it also provides several other resources.

“He gets speech therapy services. I mean there’s a lot that he gets besides just the teachers so you cannot make that up at home,” Lloyd said.

Fayette County Public Schools (FCPS) announced the new school year would begin with an NTI model. Lloyd said she tried the virtual learnings and they don’t work. She wants to know what other options the school district can provide her son.

Federal law protects the right to free, appropriate public education for students with disabilities. Lloyd is entitled to accommodations even in the middle of a pandemic.

LEX 18 reached out to the KDE’s Office of Special Education and Early Learning (OSEEL) for answers to some of Lloyd’s concerns.

“I would hope that parents understand that they’re not in this alone. And even though it’s an NTI model, that’s for the public health concern but it should never ever be that the kids are being sent home to be educated by parents,” said Gretta Hylton, who heads the OSEEL.

Hylton said school plans for students with special needs will be considered on an individual basis. Admissions and Release Committees (ARC) are responsible for providing those accommodations to students, according to Hylton.

“It’s going to take that joint effort with a lot of people talking,” Hylton said.

When asked about what options could become available for students with severe disabilities, Hylton offered a few examples.

One scenario involved educators conducting home-visits for students when virtual learning was removed as an option.

“What is the comfort level of the parent? What are the needs of the student? All of those things have to be taken into consideration,” Hylton said.

Another resolution could be worked out between a school and parent for their children to receive in-person instruction a few days out of the week at the school. This would allow students who depend on access to resources like occupational therapy to still have it, according to Hylton.

Lloyd said she’s been in frequent communication with her school about what Adam’s school year will look like. However, plans are still being discussed and the conversations have not resulted in any decision-making, according to Lloyd.

If they can’t agree on a school plan for Adam, Lloyd said rather than place her son through the stresses of virtual learning, she’s considering removing him from school for the year and exploring the state’s compensatory education option. This option might allow Adam to extend his eligibility for education “beyond graduation or age 21.”

However, Lloyd said she’s hopeful and optimistic about the district’s ability to provide her family with options for Adam’s education.