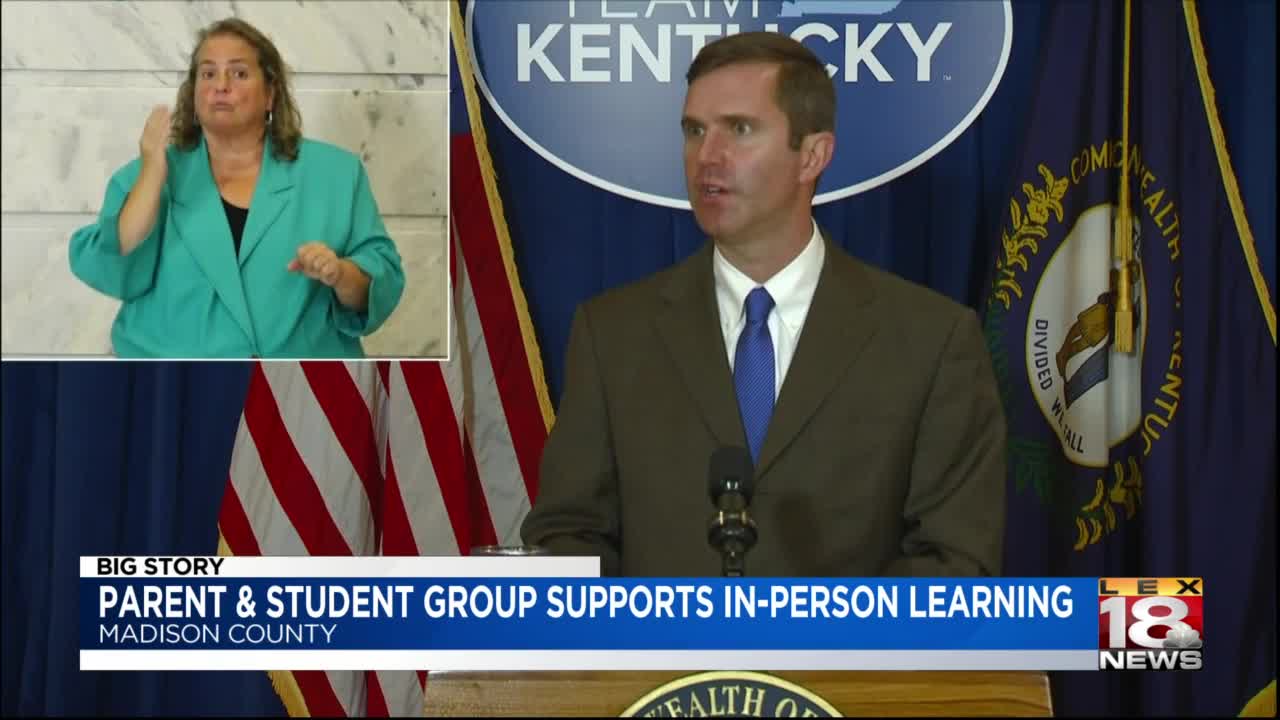 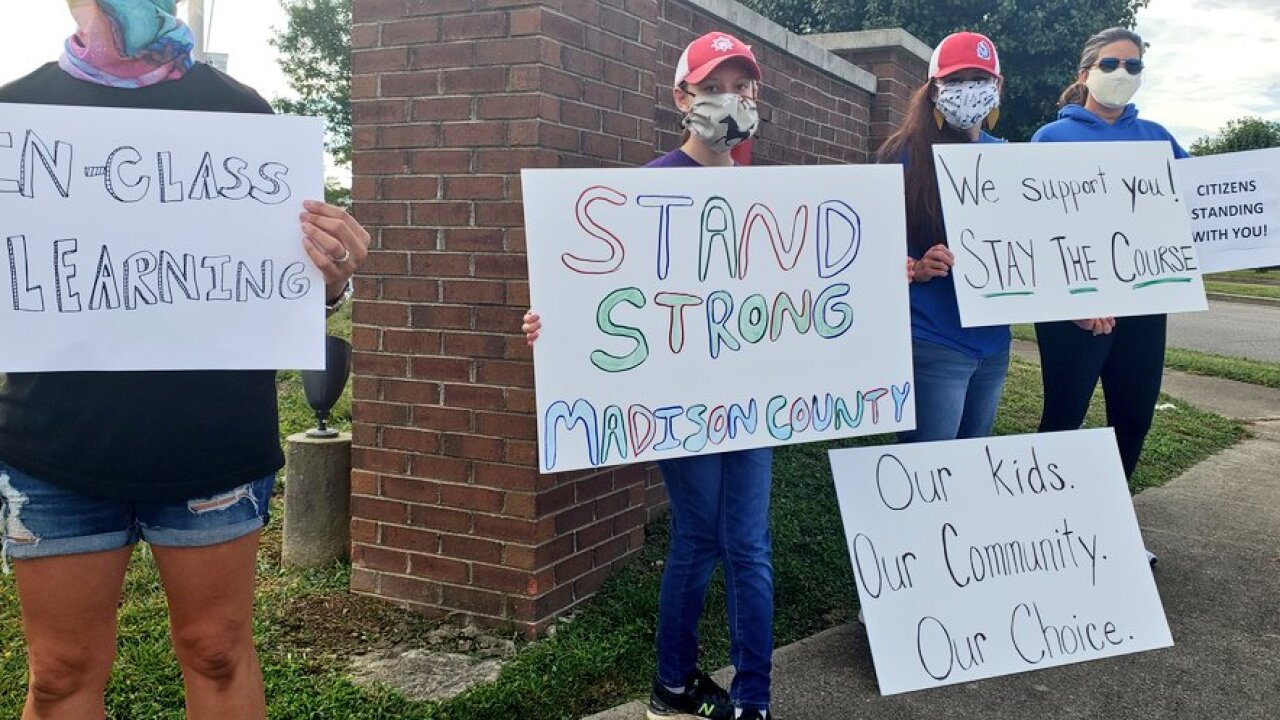 MADISON COUNTY, Ky. (LEX 18) — A group of Madison County parents and students gathered outside of the district’s main office Tuesday to show their support for in-person learning.

The demonstration came on the heels of Gov. Andy Beshear’s Monday news conference in which he recommended schools hold off on in-person classes until at least Sept. 28.

Hannah says she wants to be in school so she can be with her classmates and teachers.

Madison County school officials say more than 60% of students have signed up to return to school buildings.

Beshear cited several reasons for his recommendation, including an increase in reported cases in children in Kentucky and experiences in other states where schools have had to close down after reopening for just a few days.

However, the group hopes the district sticks with its original plan.

“We feel like they've put safety guidelines in place to protect students, and if families choose to send their students back in person, we feel like that's the best option for them and we're here to support that,” said Brian Herald, who has a child enrolled in the district.