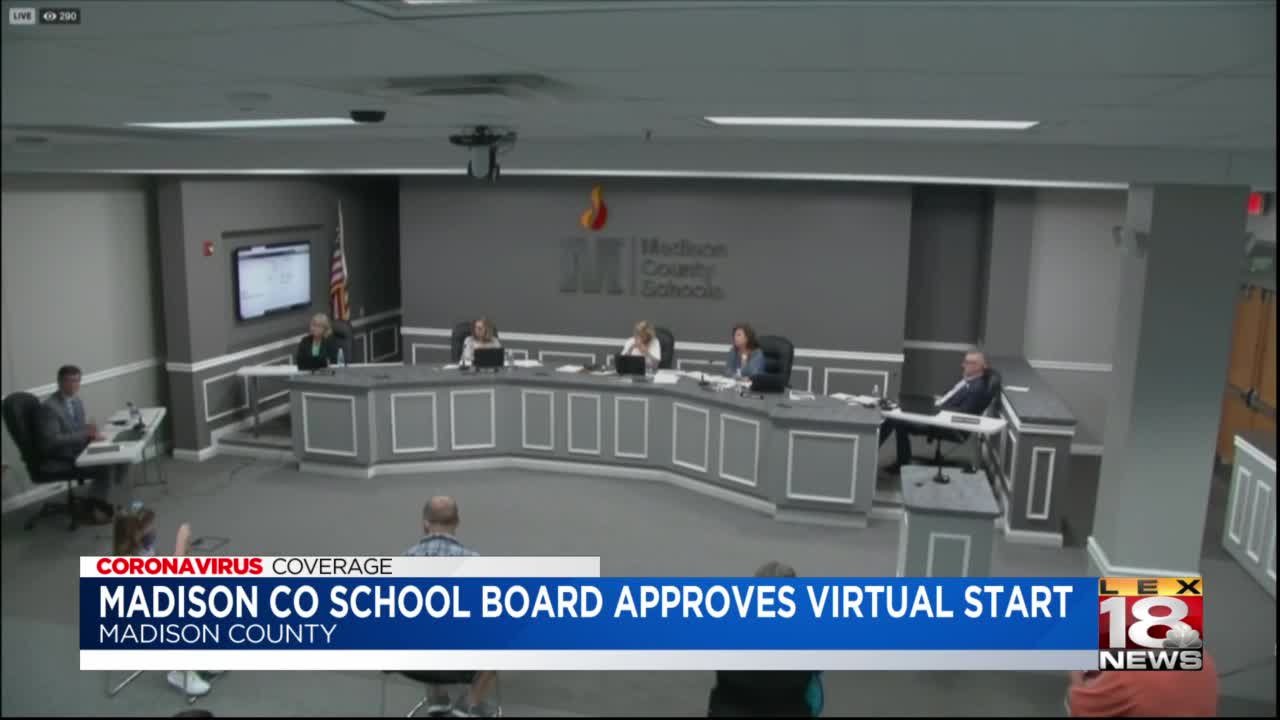 RICHMOND, Ky. (LEX 18) — Madison County School Board members voted Thursday to approve a virtual start to school, despite members feeling confident in the district's original plan to offer an in-person option to families.

The board voted 4-1 to approve a delay to in-person learning and pushed back the start of virtual learning to September 2. Superintendent David Gilliam recommended the delay after Gov. Beshear recommended that schools not offer in-person instruction until September 28.

"Regardless of how brave I might choose to be, I cannot make a recommendation to a board to put our district in a position that could jeopardize everything that we have," Gilliam said at the meeting Thursday.

Gilliam believes the district risks a lawsuit if students return to class before the governor's recommended start date. The meeting was emotional with community members pleading for a return to school.

"Tears have been shed in this room over this decision," said one parent who said he had doubts the district could provide internet to families in need to allow them to do virtual learning.

Board members said they felt they had no choice but to approve the delay.

"We are literally, hands been bound with this decision," said Board Member Brandon Rutherford.

He said the Kentucky Department of Education indicated it would shutdown schools that didn't follow the guidance, although, Gov. Beshear said Wednesday the state would not take action to shutdown schools except in extreme cases.

The decision to delay in-person school was heartbreaking, Rutherford said during the meeting.

"Don't think that doesn't weigh on us. We want it so bad and this board voted last Tuesday to go back to school but we literally have been put in a position where we have no choice whatsoever," he said.