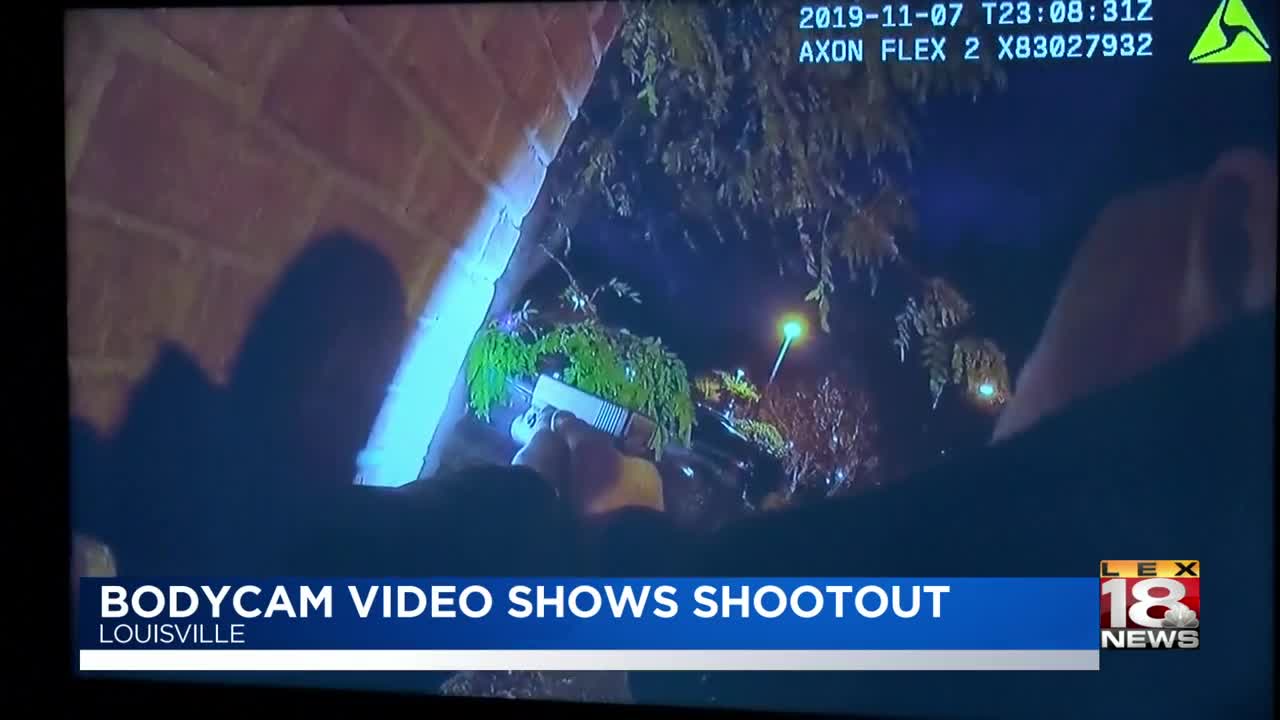 LOUISVILLE, Ky. (LEX 18) — Police in Louisville have released a body camera video of officers responding to reports of a gunman at a Kroger.

The video shows two officers firing multiple shots at the suspect on Thursday evening after police said the suspect shot at them.

Police said the suspect got into a scuffle with someone inside the grocery store and then walked out of the store and fired at responding officers.

"Within seconds, a male wearing a red, hooded sweatshirt and armed with a handgun exited the main entrance of the store and was confronted by officers," said Jamey Schwab with Louisville Metro Police. "The suspect turned towards the officers and began firing numerous rounds at them, the officers, one armed with a patrol rifle and the other with his duty handgun returned fire, striking the subject several times."

After the exchange with officers, the suspect died at the scene.

The two officers who confronted the subject, Patrick Norton and Alex Dugan, both fired their weapons and have been placed on administrative reassignment pending the investigation.