Concerns about possible flooding with more rain on the way 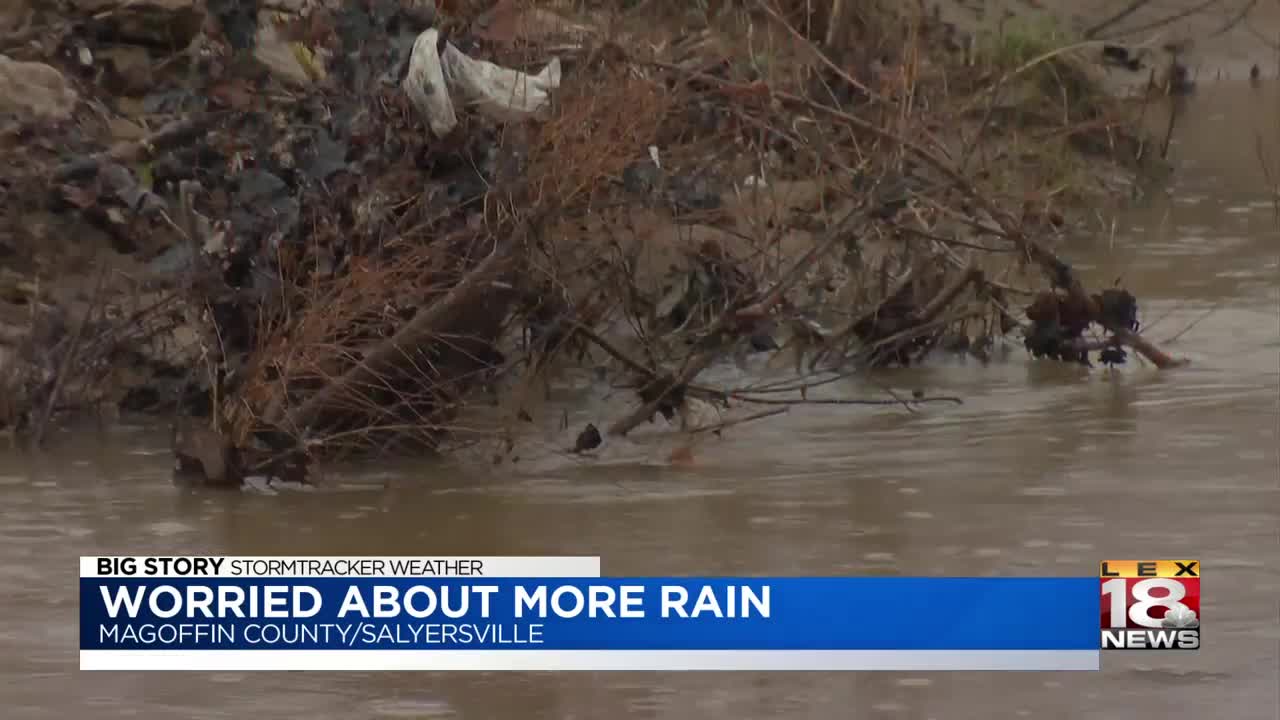 SALYERSVILLE, Ky. (LEX 18) — Kids stayed home from school in Magoffin County on Wednesday after officials say high water shut down roads in the southern end of the county. The Licking River is moving quickly, but the water is staying in the banks around downtown Salyersville.

"We've been very fortunate at this point in time," said Robert Prater.

Prater serves as Emergency Management Director for the county.

With more rain in the forecast, Prater isn't waiting to prepare in case the water rises.

"Making sure that they don't catch us flat-footed like it did last year," said Prater.

There are rescue crews and volunteer fire fighters standing by overnight in the event that water rises. It was almost one year ago that in the middle of the night, the levels rose in the river and surrounding bodies of water. Homes and cars were destroyed. Roads were left crumbling, and some businesses and churches ruined.

"We had all kinds of instruments destroyed," pastor Angela Slusher said. "It got in all of our pews, our bathrooms, all of our chairs, everything got destroyed."

"There is Hope Ministries" holds services every weekend.

Slusher says she and her husband also do outreach and work with people needing help.

"It was pretty hard, but you know, God made the way, and thankful to Him we're starting all over again," said Slusher.

With their church destroyed, Slusher says they looked for months for a new home. They eventually found one thanks to the kindness of the community.

The building still needs to be painted, but the inside is finished. Near the podium sits an amp, which is scarred with a water line from last year.

"It's a reminder of where God brought us from, you know. It flooded, but we're still carrying on. God's still making a way and we're moving on," said Slusher.