2020 Kentucky State Fair will be closed to general public 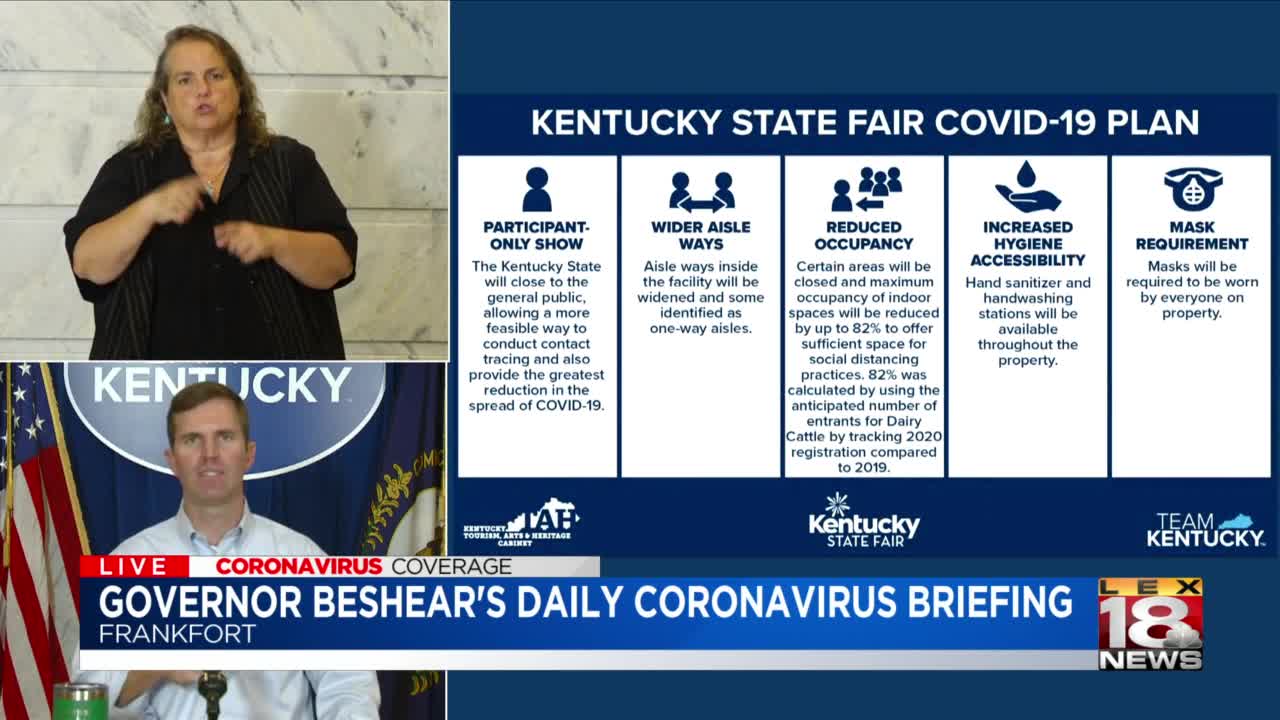 The Kentucky State Fair is still set to be held August 20-30 at the Kentucky Expo Center in Louisville.

"Through consultations with public health officials, the fair board determined that limiting the fair to participants only was a necessary step to prevent a surge in COVID-19 cases," Gov. Beshear said. "It is a decision I fully support and one that we were in consultation on."

Gov. Beshear also noted the importance of agriculture in Kentucky, which played a role in making sure the state fair still occurred in 2020 while many other states canceled their state fairs.

"Agriculture is one of the state's leading and most vital industries, contributing about $45.6 billion to Kentucky's economy," Gov. Beshear said. "So this is a way to highlight it, even if it is different, even if it is scaled down this year, we are making sure that we are keeping that most important part of highlighting our farmers, our entire agriculture community, something that is so critical here in the Commonwealth."

"We are proud that we are having the fair, but obviously the health and safety of our community is upper-most in our minds," Wilson said. "We're just delighted that we are at least going to have the horse show and the livestock contestants for the 4-H and the FFA kids."

More information on the Kentucky State Fair's plan can be found here.