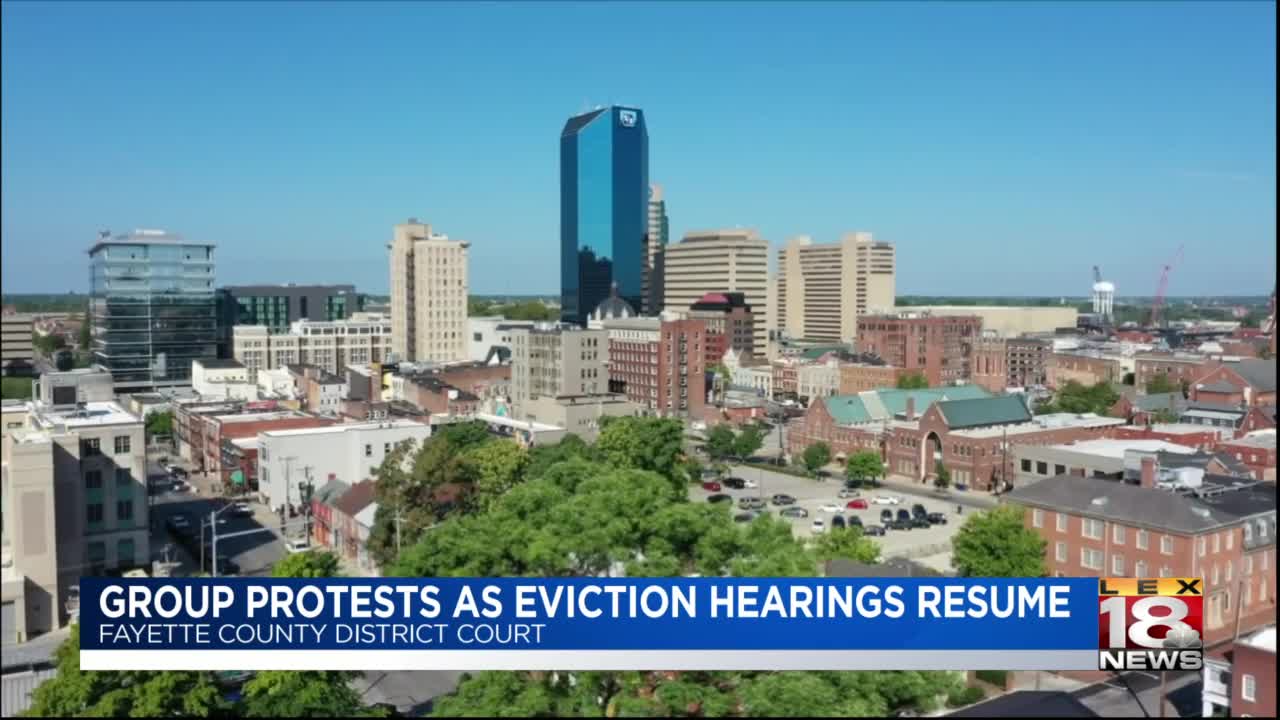 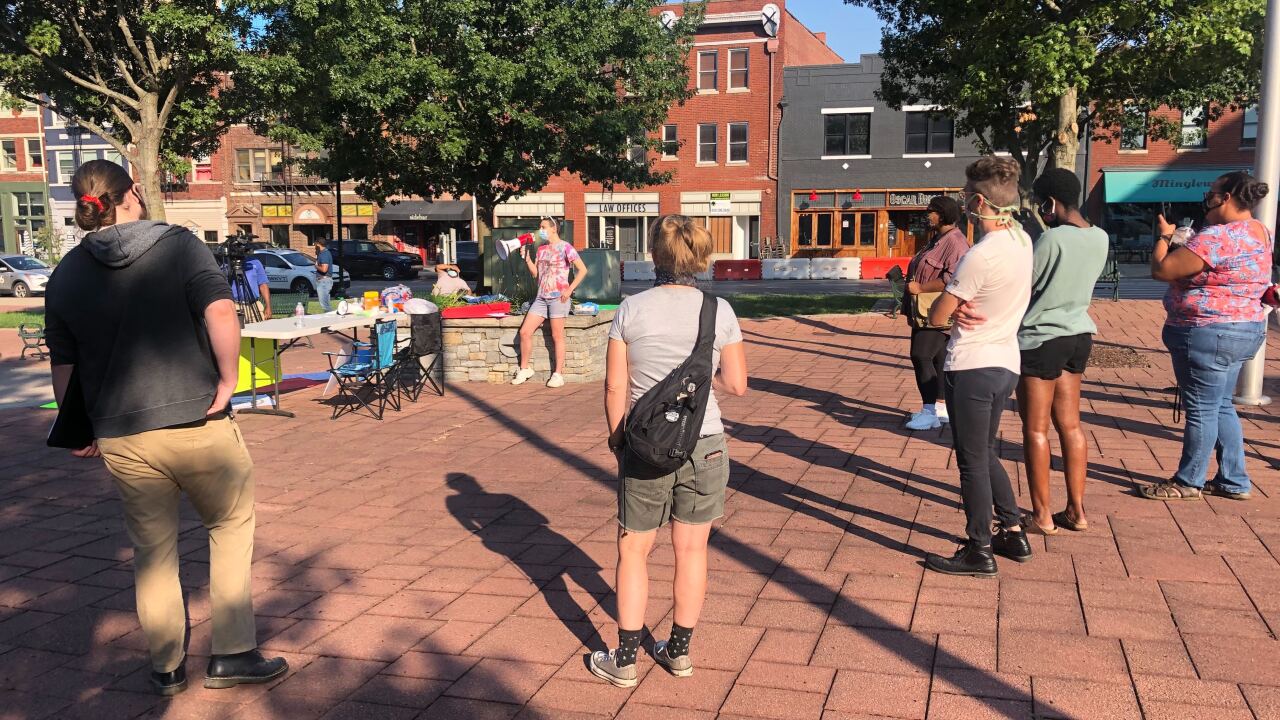 Protesters held signs that demanded a stop to rent and mortgage payments, which have been difficult for some in the community to pay during the pandemic.

"These are our neighbors, our coworkers, people our children go to school with," Walker said. "These are lives that are being upended and I think that we as a community should demand better for our neighbors."

Attorney Stephen Marshall was in the courthouse representing some of the landlords Monday morning and said just as the pandemic has been tough for tenants, it has also been tough for landlords.

"This has been especially hard on the small landlords who have a smaller portfolio, ten units or less," Marshall said. "If they have three tenants that aren't paying for five months, they simply can't keep their heads above water. Some of the larger complexes may have a little bit more buffer to deal with that and their lenders will give them a little more grace, but the smaller landlords are just getting killed with it."

Despite the property size, Marshall said landlords are uniquely negatively affected by the pandemic.

"Not only are they losing their income, but they also don't get their inventory back so they're akin to a restaurant who's forced to provide free food week after week," Marshall said. "They're not only not getting paid for the food. They don't get to keep the food, so their patience is wearing thin with the eviction shutdown."

He also mentioned that most cases end up being dismissed. In fact, 12 of his 16 cases on the docket Monday morning were dismissed, and two-thirds of his other cases for the week are already marked for dismissal.

He said this happens in many cases because the landlord and tenant work out a solution.

Attorney Ben Carter with the Kentucky Equal Justice Center rallied with the protesters and encourages anyone who is facing eviction to ask for a jury trial during their hearing.

"Every home renter facing eviction should show up to court and demand a jury trial," Carter said. "Without that jury trial, you're not going to be able to get the evidence that you need to know whether your landlord has done what he or she or it is supposed to do in a pandemic to treat you fairly. Everyone needs more time. And demanding that jury trial will give you more time to get things sorted out."

He said anyone facing eviction should get a lawyer, and you can get help in Fayette County by calling Legal Aid of the Bluegrass.

The Lexington Housing Justice Collective has written a letter to Mayor Linda Gorton and the Lexington-Fayette Urban County Council outlining their demands:

You can read the demands in full here.

LEX18 asked the Mayor's Office for a response to these demands. A spokeswoman outlined the following actions: